The Danube as a liquid space in art and culture

The Danube as a liquid space in art and culture

For millennia, the Danube region has had and continues to have a great wealth of different cultures, traditions and cultural treasures, created by the most diverse groups of people who have always lived in close connection with each other and with the rest of the world. Trade journeys, goods transports, war campaigns, pilgrimages, migration and tourist trips have run and continue to run along this natural “highway” across Europe from the Black Forest to the Black Sea. The Danube brought and still brings people – voluntarily or involuntarily – into contact with each other in such diversity as otherwise only happens in large seaport cities by the sea. This social, cultural and economic environment created by multi-ethnic contacts and corresponding inspirations over very long periods of time has always favored innovations and influenced the most diverse cultural areas from music, art, theater and literature to architecture – a phenomenon of “cultural fertilization” through multi-ethnicity that can be experienced throughout the Danube region. 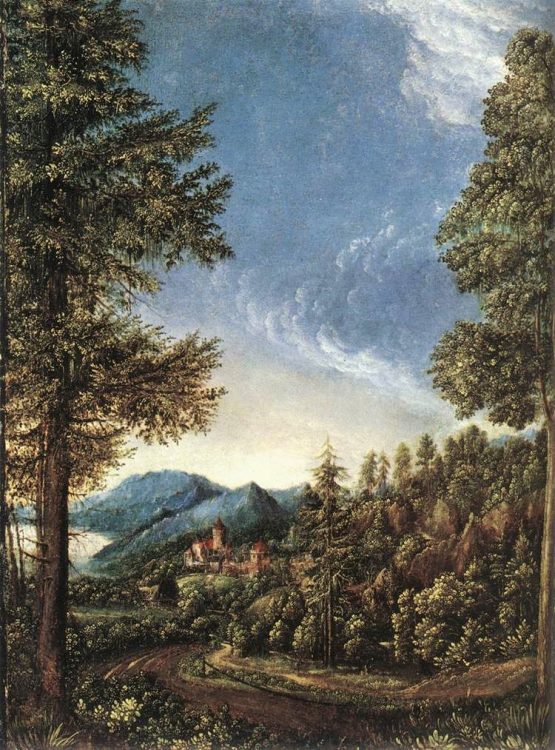 However, life along the Danube and the many connections and contacts offered by Europe’s second longest and most culturally diverse river have not only shaped the manifestations of culture in this region; in turn, the cultural manifestations have also shaped life along the Danube and shaped the identities, ideas and world views of the people living here. As a result, when traveling through the Danube region, one can experience not only a rich cultural (en)diversity, but also its “result” in the form of certain common attitudes towards life, a history often experienced as “common” (for better or for worse), and the common experience that things and life along the Danube are always “in flux” and constant change is the most important constant in history.

Thus, under the influence of cultural diversity, a common “world of life and experience” developed along the Danube, which can be called “Danube Europe” and can be seen in distinction from, but also in connection with, the northwestern “Atlantic Europe” and the southern “Mediterranean Europe”. This “Danube Europe”, already explained in the contribution of Marton Mehes, which was never cast in its entirety in state or political forms, has proved over the centuries to be much more sustainable and resilient than the Danube empires that rose and fell again in the same period.

The experience of the culture(s) and cultural heritage of “Danube Europe” represents a great enrichment for all interested travelers and Europeans*. An itinerary designed within the INTERREG project “Transdanube Travel Stories” follows the narrative “Cultural Harvest along the Danube: Art, Music and Architecture” and offers a possible guide or access to these experiences.

Our route begins in Baden-Württemberg and Bavaria not directly at the sources of the Danube, but at the origin of important aspects of the culture(s) of Danube Europe in Ulm and in the Ach and Lone Valley region. Here the oldest musical instruments of mankind were found in stone age caves and with the up to 41,000 years old (!) sculpture of the so-called “lion man” also the so far world-wide oldest reference to the development of an early animistic religion – thus some of the earliest testimonies of human culture at all! The Danube city of Ulm, in turn, is closely linked to the multi-ethnic settlement history of the Danube region, since German-speaking, Italian-speaking, French and even Spanish settlers set out from here in the 17th-19th centuries of our era on wooden transport ships (“Ulmer Schachteln”) to make the areas along the middle course of the Danube (today’s Hungary, Serbia, Romania), which had been devastated by the Ottoman-Habsburg wars, their new home as “Danube Swabians”.

In Regensburg, in the old town, which is also located on the Danube and protected as a historic monument, one can experience evidence of the multi-ethnic and culturally diverse “Holy Roman Empire” of the Middle Ages, which for centuries formed a bridge between “Danube Europe”, northwestern “Atlantic Europe” and southern “Mediterranean Europe” and established its “Perpetual Imperial Diet” in Regensburg from 1663 to 1806.

In Linz, Austria, the changing history of a typical Danube city is reflected culturally, but also in its architecture and cityscape. Over the centuries, the city became a trading hub, a military fortress, a residential city of the landed gentry, and finally an industrial city shaped by coal and steel, before reinventing itself in the 21st century as a modern technology and cultural metropolis and European Capital of Culture in 2009.

The Baroque monastery of St. Florian and the romantic town of Krems offer evidence of the influences on the visual arts favored by the Danube, such as the “Danube School” of landscape painting, but also late medieval frescoes unique north of the Alps, which seem to anticipate the Italian early Renaissance. 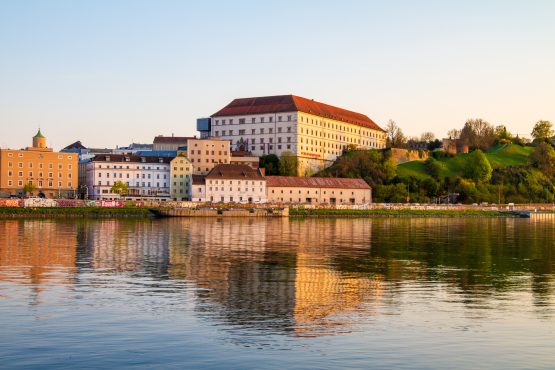 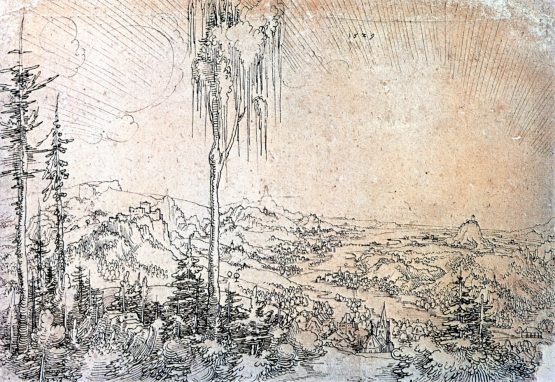 Vienna is still characterized today by the – sometimes romantically transfigured – flair of the Habsburg “Danube Monarchy”, whose capital this multi-ethnic metropolis was for centuries. In addition to the well-known imperial architectural monuments, the artistically, especially literarily so fruitful ambience of the “coffeehouse culture”, the testimonies of the Art Nouveau that spread from here throughout the Danube region, but also the echoes of cultural influences from the Danube region in its world-famous musical heritage are fascinating in Vienna: In the music of Brahms and Mahler, for example, one hears unmistakable quotations of Slavic, Hungarian and Jewish folk music, while the “Turkish Marches” of Beethoven and Mozart openly cite Ottoman military music.

The splendid castles of the Marchfeld reflect a baroque culture of living and life, which was cultivated and nurtured here for centuries from the 18th century to 1918 by Prince Eugene, Maria Theresa and their heirs in the course of extended hunting stays in the riparian forests between the March and the Danube.

In turn, the impressive churches of Pannonhalma and Esztergom overlooking the Danube are manifestations of the fusion between Christian religion and national identity in the culture of remembrance of Hungarian history and the present.

Like Vienna, the Hungarian capital Budapest is a wonderful place to trace the cultural heritage of the dynamic intellectual atmosphere of the late Danube monarchy around 1900, which here produced exciting innovations in philosophy and mathematics, but also the music of Franz Liszt, Béla Bartók and Zoltán Kodály. The monuments of the Ottomans, the Habsburgs and the Soviet-dominated era of Hungarian communism, which are an integral part of the cityscape, illustrate how these different multinational empires each shaped the identity and culture of “Danube Europe”, which, however, has always survived the fall of these empires. 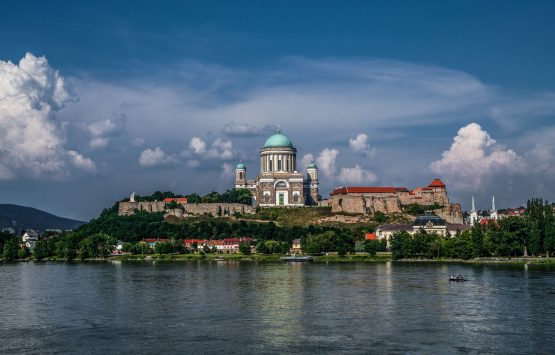 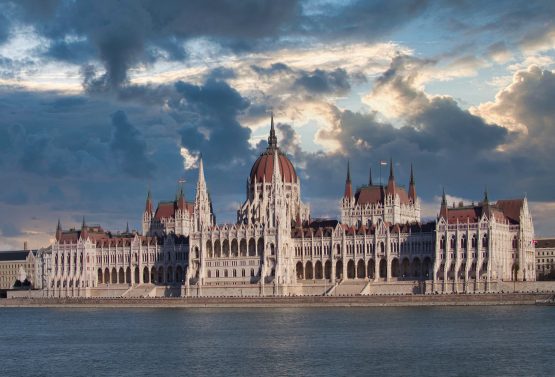 The magnificent Art Nouveau and “fin de siécle” architecture in Szeged, Hungary, Oradea, Romania, and Subotica, Serbia, illustrates how local elites in the emerging cities of this region absorbed cultural impulses from the center of the Danube Monarchy (especially Vienna) in the 19th century, but did not perceive themselves as “periphery” at all, but became new “centers” of innovative further development of art and architecture.

In northwestern Serbia, the contrasting fortress of Petrovaradin and the city of Novi Sad on opposite banks of the Danube embody another clash of different cultural impulses. While Peterwardein, once the Habsburg “Gibraltar on the Danube”, represents a stone demonstration of imperial claims to power over the Danube region, Novi Sad, which grew up under the protection of this fortress in the 19th century as an intellectually important “Athens of the Serbs”, was for a long time perhaps the most important nucleus of a liberal Serbian bourgeoisie, which was to challenge this very imperial power of the Habsburg monarchy in the early 20th century. Nearby Karlowitz/Sremski Karlovci, in turn, complements these impressions, since as a temporary patriarchal seat and “Rome of the Serbs” it embodies the conservative-religious-orthodox side of Serbian culture, which also developed and architecturally perpetuated itself here under the influence and protection of the Habsburg monarchy. 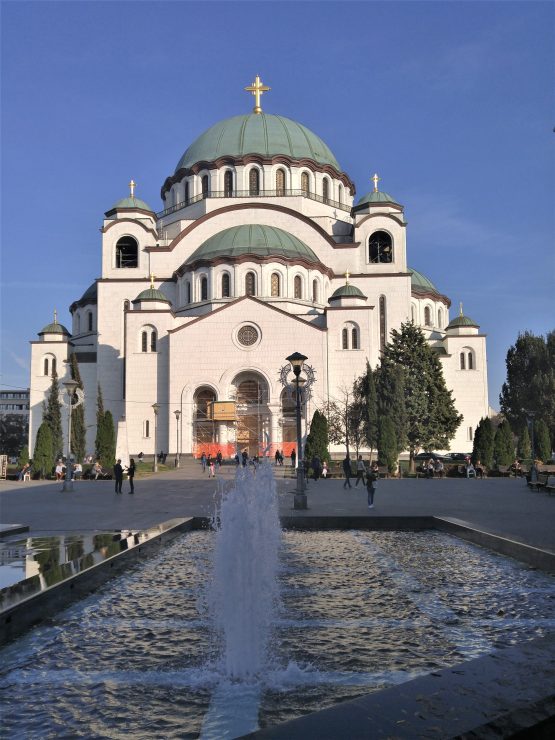 Finally, the Serbian capital Belgrade combines the most diverse influences of “Orient” and “Occident” in the melting pot of an extremely lively metropolis, where one can wander between the mausoleums of Ottoman dignitaries, Habsburg fortress walls, the emphatically Western European flair of the bohemian Skadarlija district (“Paris of the Balkans” of the 1920s), the communist monuments of the Second Yugoslavia and the historicizing force of the Serbian Orthodox Cathedral of St. Sava, which will be completed in 2019, one can experience the diversity of Serbian culture and identity.

In the Croatian Lonjsko Polje National Park, as a final contrast, the origin of the cultural (en)wealth of “Danube Europe” can again be felt far from large cities in nature and in the unique habitat of the riparian forests between the Danube and Sava rivers: The traditional houses built on stilts of the villages found here reflect the life of farmers and fishermen in the ups and downs of a large river system, but have exceptionally rich decorations in the form of artistic wood carvings, in which innovation and creativity of the people are reflected.

These and other adventure routes along the Danube can also be experienced as part of organized bus tours, which were developed by the Upper Austrian “Reiseparadies Kastler GmbH” as a participant in the INTERREG project “Transdanube Travel Stories” and are offered on an ongoing basis.

Further travel offers for the Transdanube Travel Stories can also be found here.

You can read the Transdanube Travel Stories here.

Dr. Andreas Rathberger-Reiter studied history at the Universities of Vienna, Swansea and Jerusalem from 2001-2013 with a special focus on Eastern and Southeastern European history. After completing his doctorate, he switched from academia to tourism and has since worked for Reiseparadies Kastler GmbH, where he is responsible for historical and cultural-historical study tours, as well as for trips to Southeastern Europe and the British Isles. For him, dealing with history and traveling are two great passions, which can be wonderfully combined especially in the Danube region with its fascinating multicultural, multiethnic history.