Charming Christmas Markets at castles and monasteries in the Danube Region

From a simple stall market to an opulent Christmas dream

In Vienna, they were once called “Krippenmarkt”, “Budenmarkt” or “Thomasmarkt” on the Graben around 1600. There were mainly sweet baked goods for sale, but of course there was still no talk of terms like “Christmas market” or even “Christkindlmarkt”. It was probably not until the middle of the 18th century that a “St. Nicholas, Christmas and Nativity Market” was set up on the Freyung for the first time – but then with over 100 stalls. From the beginning of the 20th century, the typical Viennese Christmas market was already commonplace, even if it had to move more often. Today, the most famous Viennese Christmas market on Rathausplatz is called “Wiener Weihnachtstraum” (Viennese Christmas Dream) and every year, when the Christmas tree is delivered from one of the federal states, there is typical Viennese gloating about its appearance – this year is no exception.

In Germany, Christmas markets such as the “Striezelmarkt” in Dresden, the Nuremberg Christkindlesmarkt or the Augsburg Lebzeltermarkt and the one in Trier are probably the best known. For 600 years, people there have been going to the illuminated stalls in the run-up to Christmas to feast and marvel. It’s no different in Budapest or Bratislava, where the city center is the perfect location for markets in the run-up to Christmas.

However, these Advent locations are varied and imaginative. Particularly atmospheric are the Christmas markets along the Danube, which have found their home in castles and castle parks or in collegiate churches. A pre-Christmas ramble from Passau to Budapest with cotton candy, tower winders and chestnuts, a little kitsch and a lot of ambience. 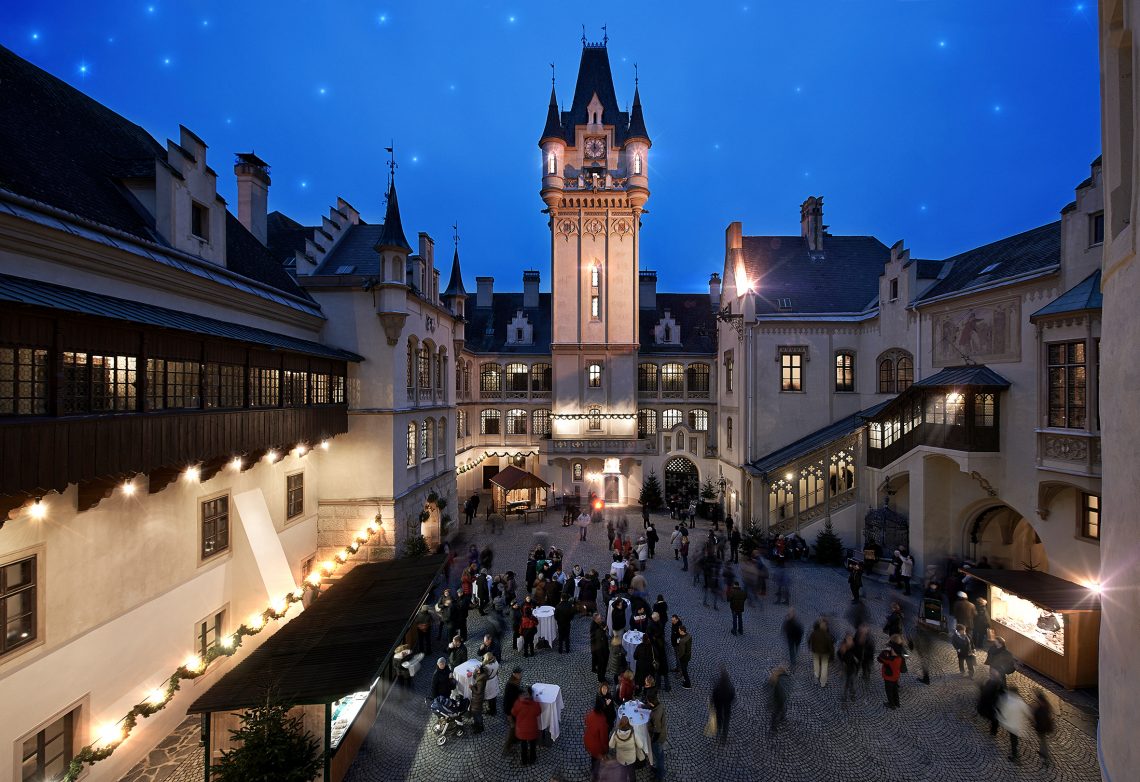 According to a university study, supposedly one of the most “visitor-friendly” Christmas markets in Germany is the one in the three-river city of Passau. Set against the backdrop of St. Stephen’s Cathedral directly in the old town, the market offers art, old crafts and the almost forgotten skills that go with them, as well as regional culinary delights. On Advent weekends there are also concerts, choir performances, puppet shows and readings. By the way, the Cathedral of St. Stephen is the mother church of the Danube East.

The largest and oldest in Regensburg, the Christkindlmarkt on Neupfarrplatz has existed for over 200 years. The popular stall magic and the accompanying Advent caroling will be complemented again this year by the “Ecumenical Nativity Trail”: first held in 2020, this circular trail with 50 nativity scenes on display leads through the entire Old Town – a nice addition. By the way, the Lucreziamarkt at Haidplatz and Kohlenmarkt in Regensburg is considered the Christmas market of Regensburg’s artisans and is popular for its handmade unique items and the cultural program.

The romantic Christmas market at the family castle of Thurn and Taxis puts main emphasis on the stylish ambience and a traditional hustle and bustle of crafts. By the way, part of the proceeds from the tickets will benefit the regional forest kindergartens. 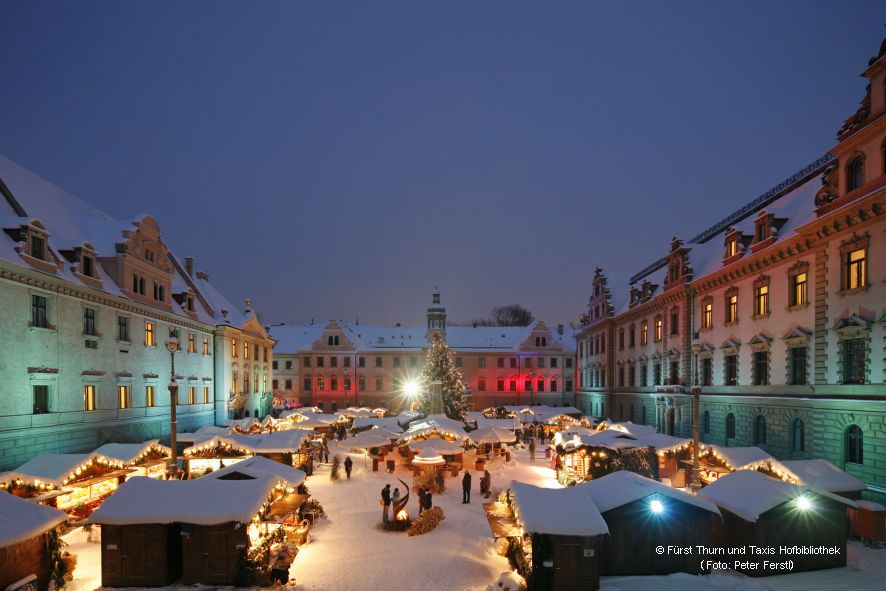 In the Wachau along the Danube there are especially many Christmas markets: Here you can combine the pleasant (drinking wine or shopping) with regional Christmas shopping. But also in the Kamptal or in the Weinviertel there are dreamlike settings for plenty of Advent atmosphere, whether in castles, cellar alleys or monasteries.

Advent magic in Göttweig: daily from Nov. 27 to Dec. 5, 2021, https://stiftgoettweig.at/site/kalender/veranstaltungen/calendar/5649.html

The Benedictine monastery with the breath-taking view opens its doors for an Advent market (admission) with handicrafts, Christmas tree decorations and culinary delicacies. The fountain hall, corridors & seminar rooms are also accessible.  A punch hut on the terrace, tower blowing and the sale of monastery products are here program. By the way, there are daily Advent concerts at 2:30 pm. 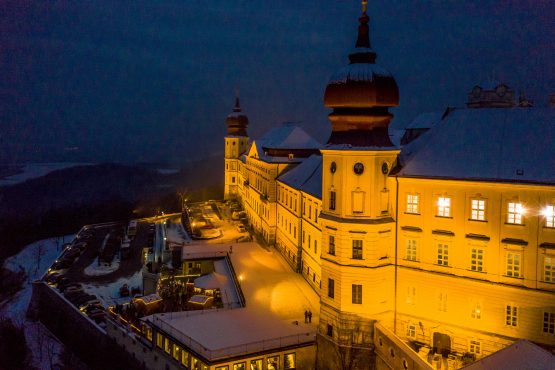 A medieval market in the courtyards and in front of the castle – illuminated with torches in the evening – modern arts and crafts, fireworks and culinary stalls: The Burgadvent on the Aggstein ruin is something very special because of its exposed location and therefore highly sought after, shuttle buses go up here. By the way, don’t forget to listen to the fairy tales and visit the alpacas!

The mulled wine is said to be particularly quaffable in Dürnstein, no wonder given its location. The castle, monastery and ruins are included in the Advent magic, illuminated and offer an impressive natural setting in addition to the program. By the way, the program also includes shuddering, the parade of the Gruabnteifeln, Perchten and tower blowing. 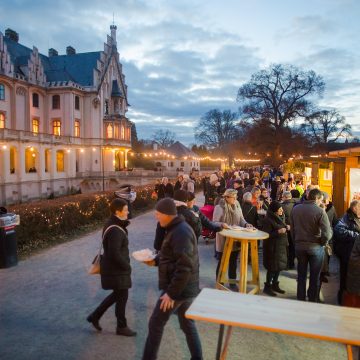 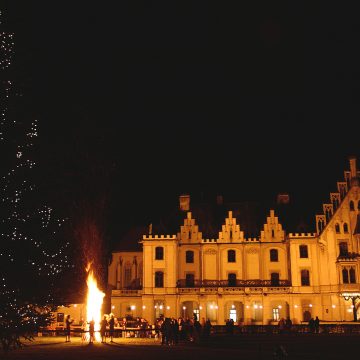 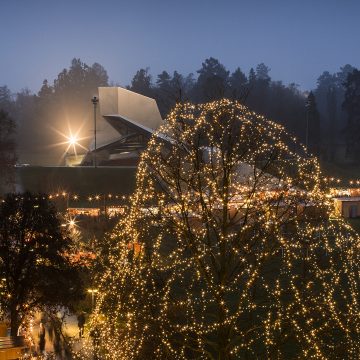 The magnificent baroque ambience of Hof Palace is made for an atmospheric Christmas market with traditional arts and crafts, a huge Advent wreath and its own children’s world. The entire area, including the inner courtyards, is wrapped in Christmas flair. By the way: unfortunately, four-legged family members are not allowed here, not even in the outdoor area.

Here, the spacious castle park and the castle itself are the location for the more than 120 arts and crafts exhibitors and the 40 booths of the Lower Austrian Schmankerldorf. By the way, be sure to check out the program with the ORF NÖ Advent of well-known stars, readings and musical events in advance!

Premiere for the “quieter Advent” at Linz Cathedral Square: for the first time, a “counterpoint to the hectic pre-Christmas routine, a soothing time-out” will take place here in Linz in a brilliant setting near the cathedral. No kitsch, no canned music, but lots of creativity and something for the kids. By the way, do you already know the Virtual Nativity? 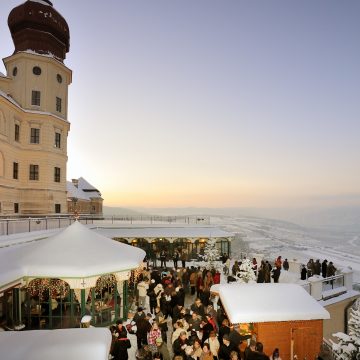 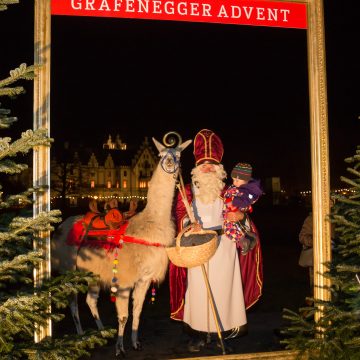 No visit to Budapest’s oldest and most popular Christmas market without tasting Hungarian Baumkuchen (Kürtős Kalács) and mulled wine, that’s for sure. In the heart of downtown Pest (where the famous Gerbeaud confectionery is located), the Christmas market invites you to look around and, above all, feast (there’s even grilled steak/ice cream leg here). By the way, also around the corner at the impressively illuminated St. Stephen’s Basilica there is a wonderful Advent market (“AdventBazilika“) with cultural program. 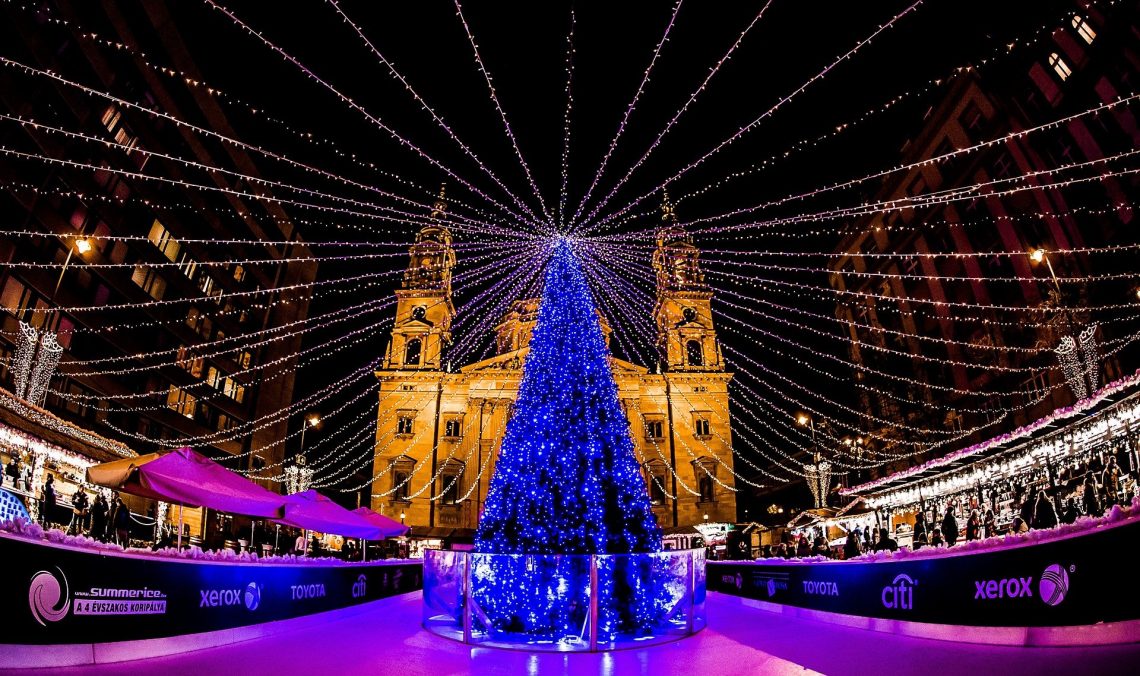