The Castles of the Heirs to the Throne along the Danube

If the heir to the throne, Archduke Franz Ferdinand, had not fallen victim to an assassination attempt in Sarajevo in June 1914, the development of the Austro-Hungarian monarchy might have taken a different direction. The Archduke had already meticulously prepared his succession to the throne. But then the assassination took place. The Prince of Wales, Grand Duke Nikolai and Franz Ferdinand’s hunting friend, the German Emperor Wilhelm II, had announced their attendance at the funeral. Emperor Franz Josef, however, disinvited them all and the funeral ceremonies turned out to be meagre. When the coffins from Sarajevo were finally taken by train via Trieste and Vienna to the ferry on the Danube in Pöchlarn early in the morning, a thunderstorm broke out. From Pöchlarn the route led up to Artstetten Castle, where Franz Ferdinand and his Sophie were to be buried.

Despite his marriage of love to Sophie, the heir to the throne was not exactly popular among the public.  He was considered stubborn, erratic, trigger-happy, irascible, gruff and not very sociable, a manic collector and hunter. Karl Kraus characterised him: “He was no greeter. He didn’t aim for that unexplored region that the Viennese call his heart.” Well, for Karl Kraus that was still quite a nice way of putting it.

Sophie used to react to his outbursts of rage in her own way. When she pointed to her lamb-shaped brooch at joint appearances (there weren’t many, because she was boycotted at court), she was trying to forestall an impending outburst of anger from her husband. He in turn gave her a porcelain sheep as an apology after every tantrum. 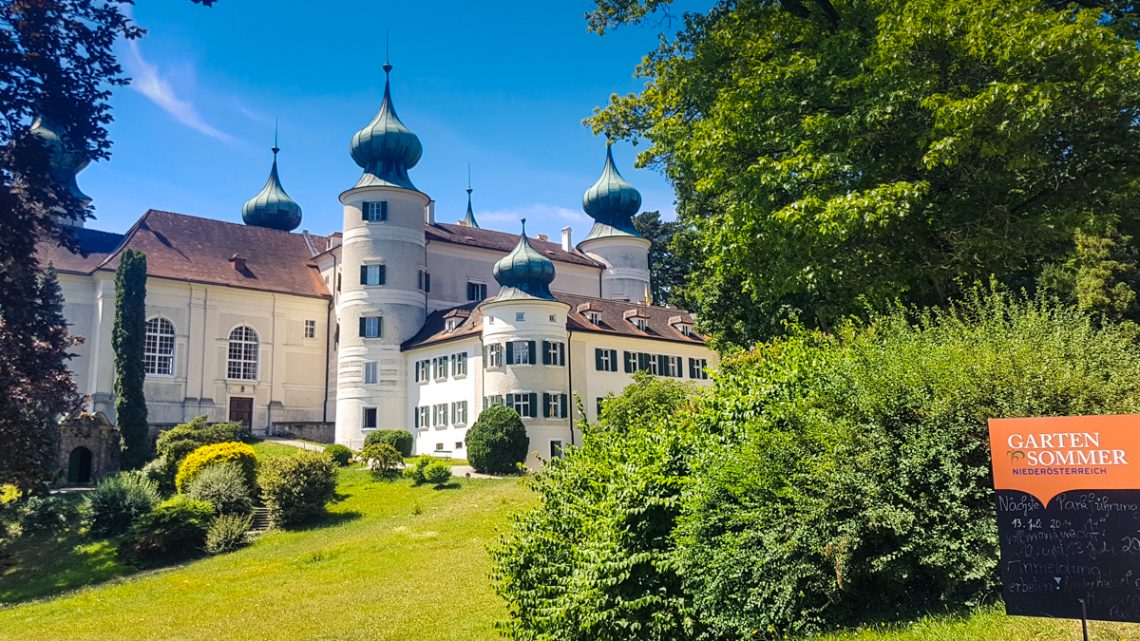 We do not know whether this beautiful custom was also passed on to his descendants. But we could ask them.  Because up there high above the Danube valley, where Franz Ferdinand recovered with his wife and children from the courtly ceremonial in Vienna, is where his great-granddaughter Anita Hohenberg still lives today: in Artstetten Castle near Pöchlarn on the Danube. Here, in the Franz Ferdinand Museum, the family has set up a memorial museum with everything that remains of the private man. Even the porcelain sheep. There are many of them.

If the titles of nobility still existed today, Franz Ferdinand’s great-granddaughter could call herself “Princess”: Anita Hohenberg and daughter Alix still show visitors around the house themselves on some occasions; they themselves live here with their family all year round. Great-great-granddaughter Alix d’Harambure-Fraye likes to live with her history, has travelled the world and today is everything in one: estate manager, museum director and manager of the castle, the museum and the nature park. Do her kids splash around in the baroque bathing pond of the former heir to the throne?  In any case, a pink air flamingo bobs there in summer. Or was it a unicorn? Definitely not a lamb.

Franz Ferdinand was comfortable in Artstetten: a luxury bathroom with running hot water, telephone, electric light, lifts and central heating. The old Emperor, on the other hand, didn’t even use the new telephone (installed at the toilet), while Franz Ferdinand was always busy and impatient telephoning, telegraphing, instructing and planning. Franz Ferdinand even drove his own car. Yet another anathema in the eyes of Franz Joseph, who ” pigeonholed” Franz Ferdinand’s political advances – much as he had once done with his son Rudolf.

Franz Ferdinand may have been prepared for the future, but he was at war with the new cultural trends. Viennese Modernism was a thorn in his side, and he tried to prevent Otto Wagner buildings in Vienna – he preferred lavish Baroque. In the Upper Belvedere in Vienna, his official residence, where he also ran a kind of shadow government in the event of his imminent accession to the throne, he saw to a neo-baroque restoration. He even wanted to “break all the bones” of the young Oskar Kokoschka from Pöchlarn because he did not like his style, and Gustav Klimt did not get a chair at the Academy of Arts because of him.

From 1906 Franz Ferdinand had guardianship of his nephew Karl, whom he must also have initiated into his plans for reform.   Karl was born in nearby Persenbeug Castle near Ybbs; no one ever thought he would become emperor. Too many were ahead of him in the line of succession. But after the end of the war, the people no longer wanted an emperor by the grace of God. 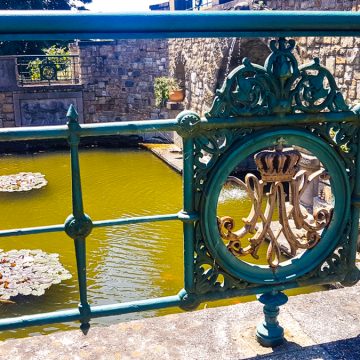 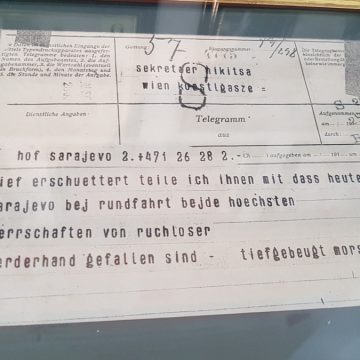 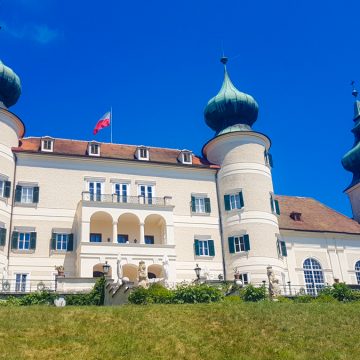 Karl leaves Schönbrunn Palace and goes to Eckartsau Castle in Marchfeld because it is privately owned by the Habsburgs. Of course, they are not alone, but still travelling with an entourage: 115 people – from ironers to postmen, hunting assistants and court chauffeurs to the gardener and the window cleaner – are busy around Karl and Zita. Everything in the palace still reminds Karl of his uncle Franz Ferdinand, parties and hunts, high guests of an imperial heir to the throne. Here too: Hot shower, telephone, electric light. There is no longer any sense of the baroque splendour here, as Franz Ferdinand had once so approved. Nor for the ceiling frescoes by the Baroque painter Daniel Gran: there is hardly a castle, monastery or church in the Danube region without one of his lavish ceiling frescoes.

For four months, Eckartsau Castle is the refuge of the last Habsburg Emperor: a castle of destiny. On 23.3.2019 in the afternoon, at the tiny railway station Kopfstetten near Eckartsau, Karl in field marshal’s uniform boards the saloon carriage, specially brought here, with his family for exile in Switzerland. “A horribly bumpy road” led to the station where, despite post-war misery, 2,000 Kaisertreue were waiting. Today a renovated relic without rails… 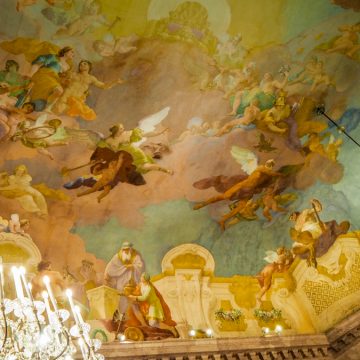 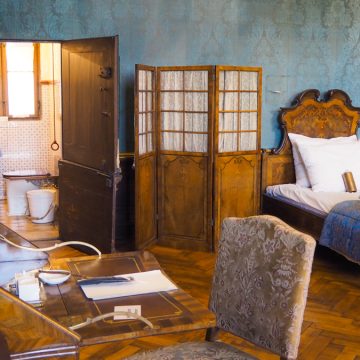 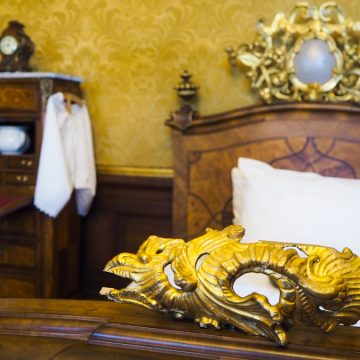 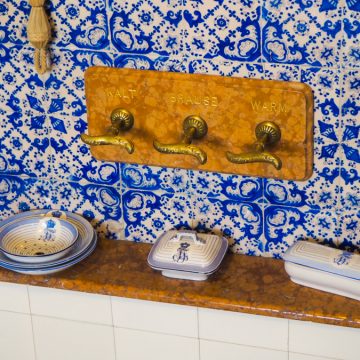 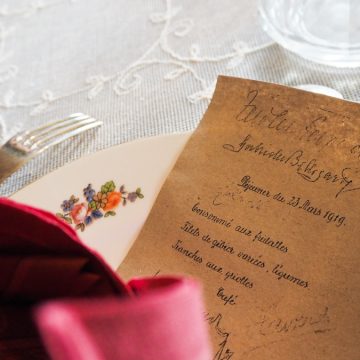 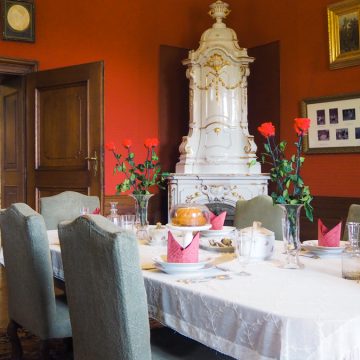 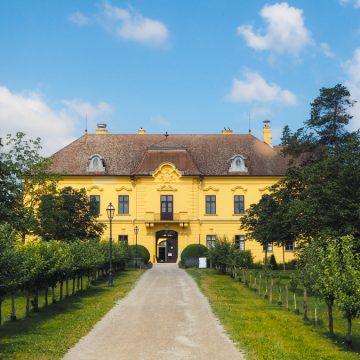 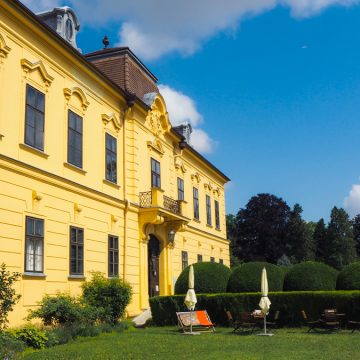 What did the former imperial family have for their last lunch at Eckartsau Castle? Frittaten soup, venison and, for dessert, sour cherry cake. We can recreate the entire menu today; the exact recipe is available on the Schloss Eckartsau website. A meagre meal for an imperial family – but the people are in a really bad way: bread made of wood and cake made of potato peelings. Hours after the last frittata soup at the border crossing. Stefan Zweig, himself in exile for years while writing his “World of Yesterday”, writes about a ghostly occurrence:

“Slowly, I would almost say majestically, the train rolled up, a train of a special kind, not the worn, rain-washed ordinary passenger carriages, but black, wide carriages, a saloon train. The locomotive stopped. A palpable movement went through the rows of waiting people, I still didn’t know why. Then I recognised Emperor Karl, the last Emperor of Austria, and his wife, Empress Zita, dressed in black, standing tall behind the mirrored window of the carriage. I cringed: the last Emperor of Austria, the heir to the Habsburg dynasty that ruled the country for seven hundred years, was leaving his empire!”

As a car enthusiast, Franz Ferdinand had also once had Eckartsau Castle connected to Orth Castle and Niederweiden Castle in the Marchfeld region by a new automobile road. In Orth Palace, his politically also luckless uncle Crown Prince Rudolf had still celebrated parties, had the Schrammeln play and had taken Leibfiaker Bratfisch into service.

In addition to Artstetten as a museum and family residence, Eckartsau and Orth have also made the leap into modern times, just as Franz Ferdinand once did. Eckartsau Castle is among the three best locations in Austria in the “Austrian Wedding Award”, Orth Castle is the National Park Centre of the Danube Floodplains. Incidentally, the last Empress Zita was allowed to re-enter Austria after 63 years of exile in 1982, without ever having signed any renunciation of her imperial dignity herself – a loophole in the law made it possible. Her funeral turned into a veritable mass spectacle in Vienna: unlike Franz Ferdinand, Sophie and Karl, she was laid to rest in the Habsburgs’ imperial crypt. 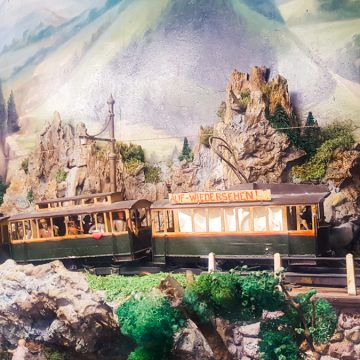 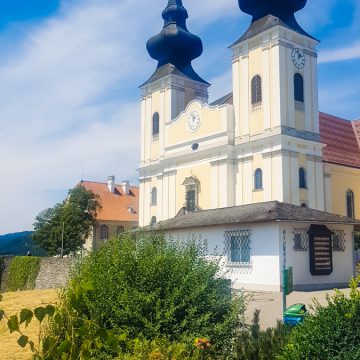 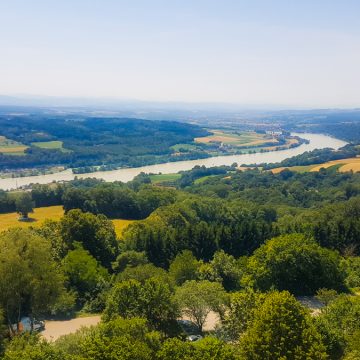 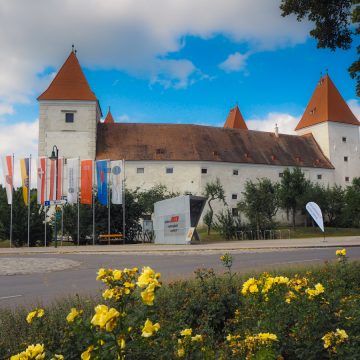