Over the course of history, trading along the Danube has also had a lasting effect on the region’s cuisine and has enriched it in many ways.

Whilst Bavaria is famous for its bratwurst and white sausages, Upper Austria’s most well-known regional cuisine includes savoury dumplings, Linzer torte and cider. Torte has a special link to the Danube: It is an example of how the Orient and its spices have forged a path across the waterway and influenced the art of baking in Austria. It was only 360 years ago, when the oldest such recipe dates to, that it became possible to get the spices used for this delicacy.

Lower Austria is primarily known for its poppy specialities and world-class wines. Hungarian, Czech and Bohemian cuisine have brought about specialities such as Esterházy torta, plum jam turnovers (Powidltascherl), apple strudel, Austrian pancakes (Palatschinke) and Kaiserschmarrn pancakes. This is not to mention the countless cake variations, including Sachertorte and Wachauer torte, which are served in the famous Old Viennese coffee houses alongside speciality coffees such as an Einspänner or a Viennese mélange. Even in Slovakia and Hungary, the culinary delights of the imperial era are still firmly rooted in traditional cuisine. 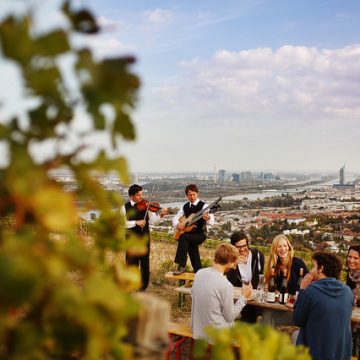 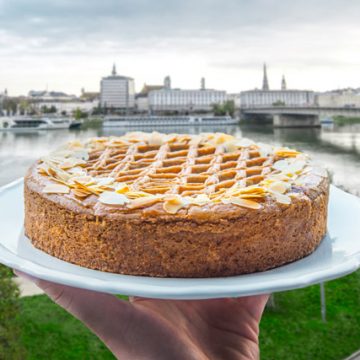