On the trail of the Romans in Germany

The Upper German-Raetian Limes is one of the most impressive and largest archaeological monuments in Europe with a length of 550 km, 900 guard posts and 120 larger and smaller fort sites. In summer 2005, this dividing line between the Roman Empire and the Germanic tribes was inscribed on the UNESCO World Heritage List as part of the “Frontiers of the Roman Empire”. Together with the Hadrian’s Wall and the Antoninus Wall in Great Britain, the Limes is thus in the international interest and is entrusted to the special protection of the local residents and the responsible authorities.

The Limes is the youngest border line in Germania. It is the result of an occupation history of about 200 years, which took place in several stages and whose last expansion phase resulted in a border with an artificial barrier between the Rhine and the Danube. Already at the beginning of the 2nd century AD, today’s course of the Limes in the north-western section, i.e. in Rhineland-Palatinate and Hesse, was fixed; in the south (Baden-Württemberg and Bavaria) the actual Limes line was not reached until a good 60 years later. The Limes World Heritage Site includes numerous forts of various sizes with their civil settlements with residential and commercial buildings and sometimes extensive bathing facilities, as well as the Limes towers and the physical barriers themselves. The Upper Germanic Limes from the Rhine to the Rotenbach Valley, northwest of Schwäbisch Gmünd, consisted of a rampart and ditch in place of a wooden palisade. In the province of Raetia, from Rotenbachtal to the Danube near Eining, a continuous stone wall was erected in the last phase of construction. Many Roman ruins along the Upper Germanic-Raetian Limes can still be seen undisturbed in the terrain and can be easily experienced with the official Limes map and various guides. Others have been excavated, conserved and made accessible to the public as special places of interest in recent decades.

There is no better way to get to know a landscape than on foot. The Upper Germanic-Raetian Limes, which marked the border of the Roman Empire between the rivers Rhine and Danube over a length of 550 km, merged with the landscape to form a single unit. Surveillance and barricade installations (towers, palisades, ditches, forests, walls) formed an artificial border with the troops’ accommodation (castles), the course of which was largely determined by the landscape. If you want to get to know and understand the Limes and its remains, you have to go on a journey. 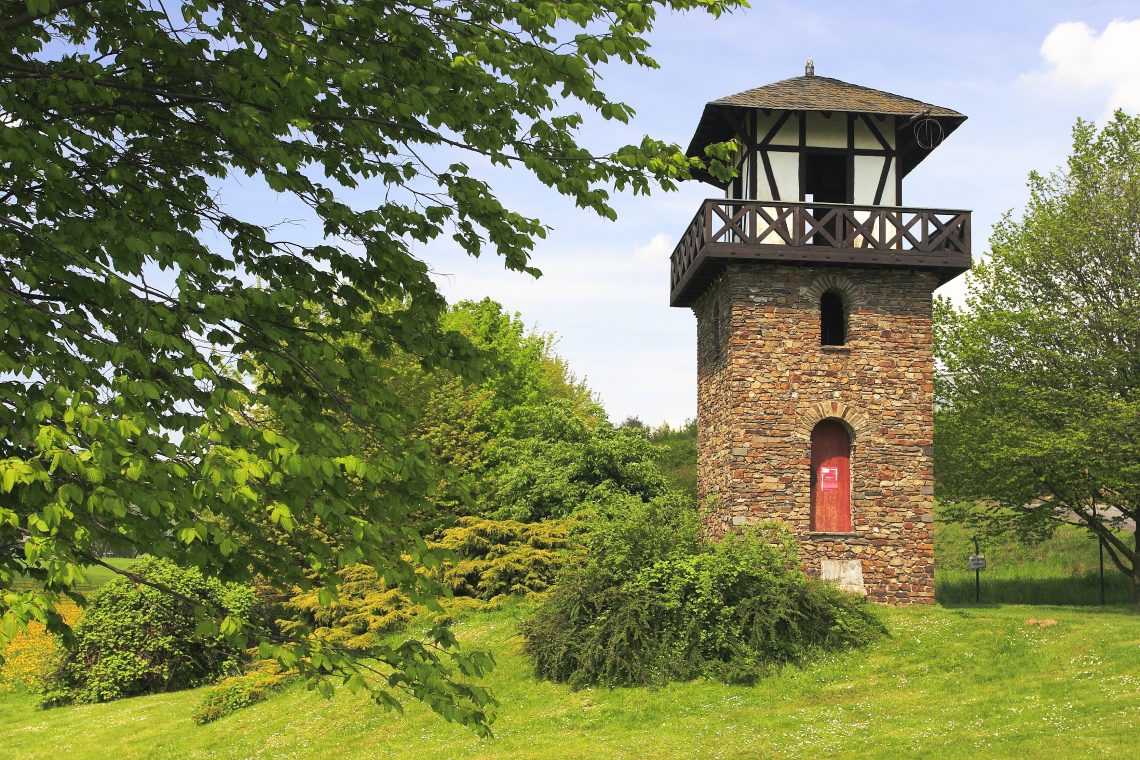 The German Limes Cycle Route leads for more than 800 kilometres past the important Roman stations on the Upper Germanic-Raetian Limes between the Rhine and Danube. Attractive towns lie along the way as well as renowned spa and recreation centres and picturesque villages. Apart from the numerous Roman attractions, the scenic highlights alternate along the route: from the Rhine-Westerwald Nature Park through the Lahn Valley, the Taunus Mountains, the Wetterau, the Main Valley, the Odenwald, Hohenlohe, the Swabian-Franconian Forest, the Swabian Alb, the Franconian Lake District, the Altmühltal Nature Park to the Danube … Get up on the saddle and experience Roman history with fun.

Römerkastell Saalburg © Rothenberger
Limes to go: The App of the German Limes Street. Explore the entire Li-mes in Germany with an app!

Whether by car, bike or on foot – with the Limes app you always have the right map at hand. Depending on the route section, you can download the map data in several blocks and use them to move directly along the Limes.

Along the German Limes Road, this app provides you with all Limes-related information on member towns, museums, tourist information, e-bike charging stations or information on the relics of Roman times. For example, information on guards, forts and wall remains that are no longer visible is also provided – making travelling even more interesting. 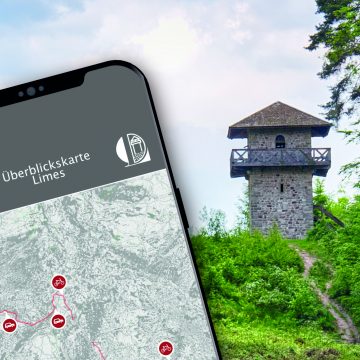 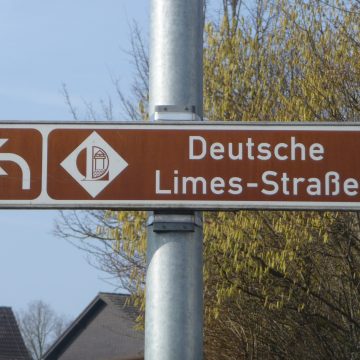