On the way along the Danube Cycle Path

Cycling by the water

Danube Cycle Path: the Mother of the River Cycle Paths

In addition to the world-famous cities – Passau, Linz and Vienna, Bratislava and Budapest, the Danube Cycle Path also passes smaller towns with a lot of history. It leads on well-maintained paths through a total of ten countries: from the source near Donaueschingen to Romania, where the Danube flows into the Black Sea. The Danube flows through landscapes of great diversity and several mountain ranges. The numerous historical buildings, monasteries and churches that you pass on a cycling tour along the Danube Cycle Path are particularly impressive. The Danube Cycle Path is also easy to cycle in stages, and with the support of an e-bike, nothing stands in the way of enjoyable cycling. In addition to the numerous excursion destinations for which one likes to get off the saddle to take a deep breath – such as the UNESCO City of Media Arts Linz, St. Florian Abbey or Melk Abbey – numerous bathing spots invite you to take a dip in the cool water.

5 Highlights aside from the Danube Cycle Path

Starting from the Danube Cycle Path, you can branch off to other river cycle paths. In Lower Austria, for example, the Ybbs, Thaya, Kamp and Traisen rivers invite you to go river biking. From Ybbs an der Donau in a southerly direction, the Ybbstalradweg (Ybbs Valley Cycle Path) leads along the wildly rushing Ybbs to Lunz am See in the heart of the Ybbstaler Alps. The Kamp-Thaya-March-Radroute cycle route starts in Krems on the Danube, where the Ottensteiner Stausee, the Thayatal National Park or the cool Weinviertler cellar lanes invite you to take a break. Also on the Danube – in Traismauer – starts the Traisental-Cycle Route, where you cycle from Traismauer to Freiland directly along the Traisen.

Donau(T)Raum: Spend the night in an incomparable atmosphere

From the tree hotel to the tipi suite to the castle: along the way there are also some unusual overnight accommodation options. Anyone who wants to make their overnight stay in the Upper Austrian Danube region a special experience is in the right place at Donau(T)Raum. This name hides hand-picked accommodation that makes a stay unforgettable with its unique premises. All these fascinating accommodation options are ideal starting points for discovering and experiencing the Upper Austrian Danube region with all its facets. 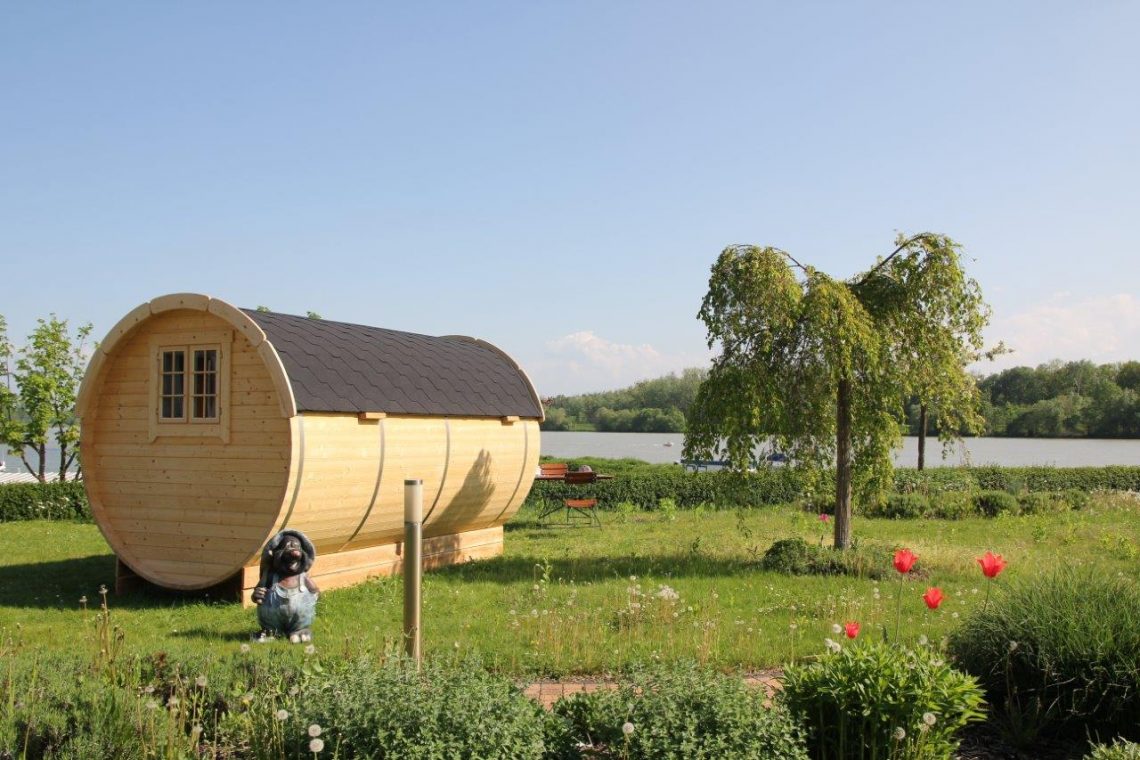 Culinary specialties such as chocolates, cheese and more as well as regional handicrafts are waiting to be tasted and discovered along the way. In the Upper Austrian-Bavarian valley of the Danube between Passau and Strudengau, people live and work who have set themselves the goal of devoting their creative energy to the extraordinary. They create treasures and delicacies that are outstanding in idea and quality. From the barge builder to the master chocolatier and confectioner. From one of the last artisan glassblowers to a courageous winegrowing pioneer. From vegetable farmers who bring old varieties back to life to the creative chefs of the gastronomy.

Fascinating natural spectacles can be experienced during a cycling tour along the Danube: for example, the Danube breakthrough at Weltenburg. Rocks up to 100 metres high and centuries-old rock formations line this narrow point in the Danube valley. Above this, the Weltenburg Monastery with the oldest monastery brewery in the world is located.

Another highlight is the “Naturwunda” Schlögener Schlinge in Upper Austria. Due to the hard rock around the small towns of Schlögen and Haibach, the Danube makes an impressive 180-degree bend here, forming a horseshoe-shaped river valley where you can enjoy wonderful cycling and hiking along the Donausteig trail. A stop with a short hike to the viewing platform offers you an unforgettable view of the natural wonder. 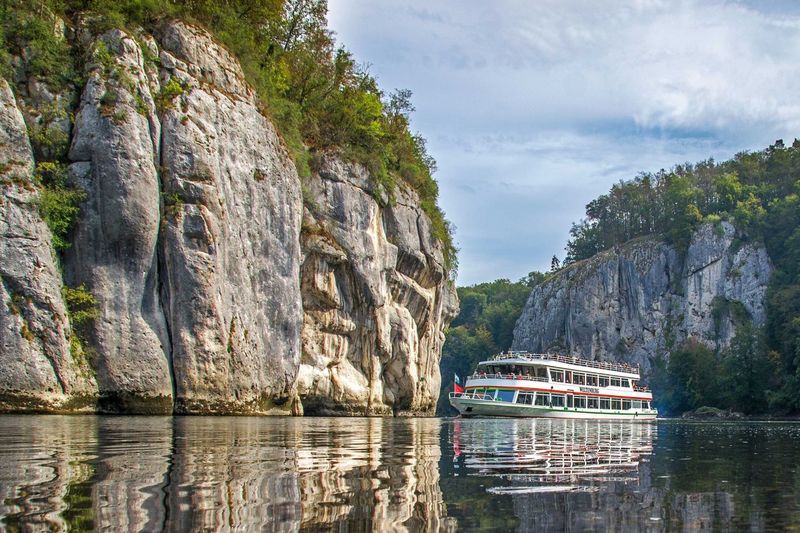 The Wachau is one of the most beautiful cultural landscapes in Europe. The Danube valley between Melk and Krems has enjoyed UNESCO World Heritage status since the year 2000.

The Wachau stretches as an ancient cultural landscape along the Danube between Melk and Krems. The winding river valley, rugged cliffs, characteristic wine terraces, extensive orchards, imposing abbeys, castles and ruins impressively trace the history of the Wachau.

Downstream, a visit to the Archabbey Pannonhalma in Hungary, which was recognised as a World Heritage Site in 1996, is worth a stop. The thousand-year-old Benedictine monastery rises on St. Martin’s Hill. This centre of the Catholic faith is a special place for Catholics worldwide. The abbey was the source of Hungarian Christianity. The first school was established here and the Hungarian language was also recorded on a document for the first time in Pannonhalma.