The Return of the Roman Legion

The Return of the Roman Legion: Roman Heritage in Upper Austria

This year’s Upper Austrian State Exhibition is all about the Romans. From 27 April to 4 November 2018, the state exhibition is offering a multi-layered insight into the life of the Romans 1,800 years ago, taking visitors on a quest back to the time of the “Imperium Romanum”. Visitors can expect excavations, experiments, impressive original finds, research adventures for aspiring archaeologists, interactive apps and virtual worlds to explore the former Roman Empire in Upper Austria. The exhibition is mainly located in the city of Enns, the oldest city in Austria, and also makes appearances in Schlögen and Oberranna in the Upper Danube Valley.

The Romans on the Danube in Upper Austria

For more than 500 years, the Roman Empire – with its legionnaires, craftsmen and farmers, its architecture, forts and baths – made its mark on our country and has left lasting traces behind. Roman soldiers built legionary camps, forts and watchtowers along the Danube, not only securing the northern border of the Roman Empire for centuries, but also bringing the achievements of Roman civilisation to this region, reflected in a lively cultural exchange and thriving economy. 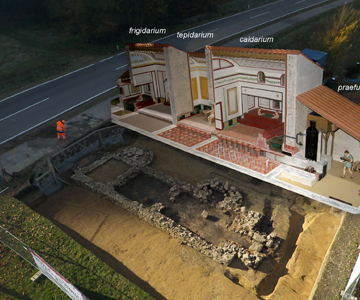 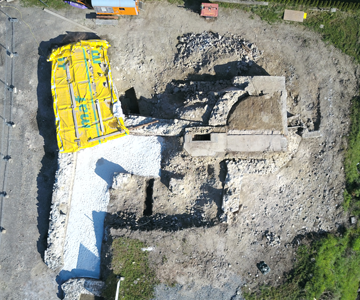 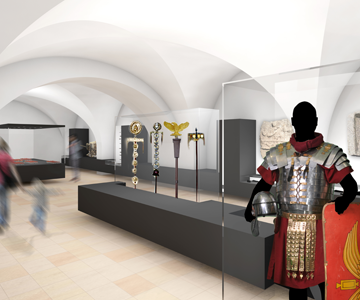 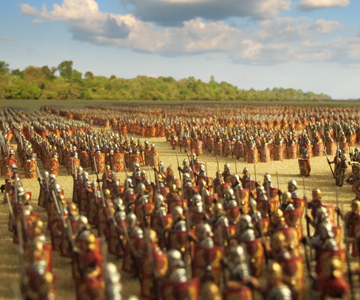 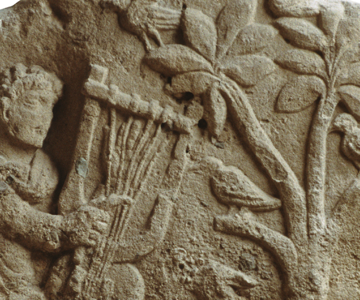 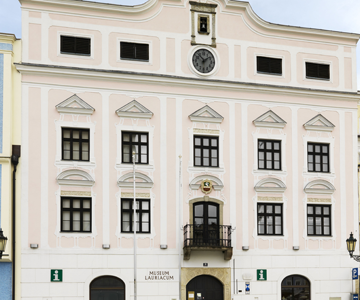 The main venue of the state exhibition is the oldest city in Austria: Enns. During the time of the Roman Empire, Lauriacum was one of the largest and most important trading and military bases on the northern border of the Roman Empire. In its heyday, around 25,000 people lived in this Roman metropolis.

Museum Lauriacum
The redesigned exhibition at the Museum Lauriacum houses one of the most important collections from the Roman era in Austria. It focuses on life in legionary camp and in the Roman settlement. Precious original finds, elaborate reconstructions and interactive stations await visitors.

Experience excavations live
Part of the Roman settlement is located on what is now the grounds of Büsscher & Hoffmann company premises in Enns. On the occasion of the national exhibition, a Taberna, a house with a shop front, was completely uncovered. These so-called “display excavations” allow you to observe the archaeological work up close and learn more about the dig site and its finds.
Dates: 3 September to 4 November 2018, 9:00 am to 6:00 pm

Archaeology stations
Archaeology stations along the ancient Roman streets in Enns complement the exhibitions and convey the dimension of the Roman legionary camp and the civilian settlement as well as their relationship to the medieval city. Informational boards, stereoscopes and an app virtually revive Enns as it was in Roman times. 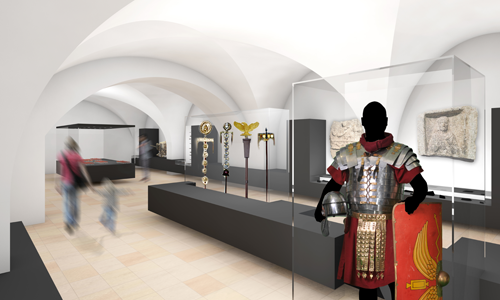 Roman baths at Schlögen
During Roman times, Schlögen was home to a fort, a small settlement and a 14-metre-long bath house. It was built with amazing technical and architectural finesse and consists of three rooms: the caldarium (warm bathing room), the tepidarium (mild bathing room) and the frigidarium (cold bathing room). 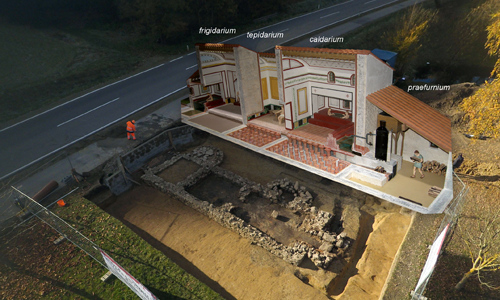 Oberranna, near Engelhartszell, is home to by far the best-preserved Roman building in Upper Austria. The small, compact fort, with its square floor plan and round towers attached to the corners, was uncovered for the state exhibition.

Oberranna Roman fortlet (burgus)
In Oberranna, near Engelhartszell, the Romans established a small, compact, square-shaped fortification with round towers on its corners some 1,700 years ago directly on the Danube. It is a very special fortification that is one-of-a-kind in Austria. It is believed that this ‘quadriburgus’ measured ten metres in height and was three storeys high. However, the burgus fell victim to a fire during Roman times. 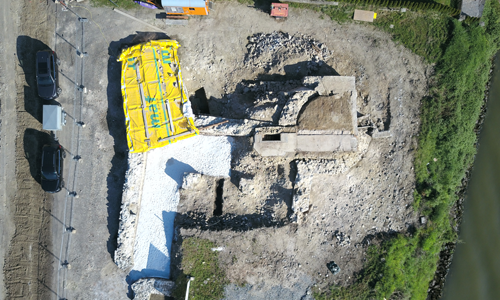