Necessary
These cookies are necessary to run the core functionalities of this website, e.g. security related functions.
Statistics
In order to continuously improve our website, we anonymously track data for statistical and analytical purposes. With these cookies we can , for example, track the number of visits or the impact of specific pages of our web presence and therefore optimize our content.
Marketing
Marketing cookies come from external advertising companies and are used to collect information about the websites visited by the user.
Dürnstein © Lachlan Blair

Discover and experience the Danube by boat

Many important European cities developed along the banks of major rivers and stretches of coast. Their strategic location has made them important centres of regional and national economic activity. In times when airplanes, cars and railways were still a thing of the future, the only way to transport people and goods was by land – often a burdensome and high-risk task – and by shipping. Nowadays, travelling on the Danube is a wonderful experience that allows you to discover current and past economic centres in comfort.

Even in Roman times, the Danube was used as a link between West and East. But the modes of travel have changed a lot over the centuries. Whilst the Danube formerly primarily served as a trade route, today it is a popular holiday destination, and travelling along the river is now a beloved leisure activity. The phrase “the journey is the destination” is certainly true here: Moving downstream at a leisurely pace, small cruise ships and excursion boats offer their passengers impressive landscapes that can only be experienced from the water. More and more people are discovering river journeys for themselves – and the Danube offers a particularly diverse range of things to do. On a Danube cruise, passengers can travel across four countries, from Passau to Budapest, in just a few days, experiencing the unique culture, cuisine and language at each stop. It is an ideal way to gain insight into the diversity of Europe.

Many cities are located along the Danube that have grown wealthy by trading in goods. One such city is Passau. Its location at the confluence of the Danube, Inn and Ilz rivers made this diocesan town a hub of trade for salt during the Middle Ages. The salt delivered from Hallein via the Inn was stored in Passau and, among other things, was then transported across the Danube. Even today, the 13th century Schaibling Tower on the Inn Promenade bears witness to these important times in Passau’s history.

In Austria, Linz, Krems and Vienna became important centres of economic activity. Linz primarily gained importance as a national city for trade fairs, especially for cloth, iron, honey, salt and wine. As a trading hub, the city held an international attraction which saw an influx of merchants in the early 18th century who went on to set up factories and open branches there. In the mid-19th century, Linz got its own shipyard, where Europe’s first iron ship was launched in 1842. Today, the UNESCO City of Media Arts on the Danube serves as a beacon of travel and trade with its own international airport.

Even today, the Danube is part of an international transport route extending from the Dutch North Sea to the Danube Delta on the Black Sea by linking up with the Rhine-Danube Canal. The economic importance of this transport route is still going strong, but the special attractions this waterway offers means cruises are gaining in popularity. Cruises allow people to experience well-known and hidden places and cities in a completely new way. 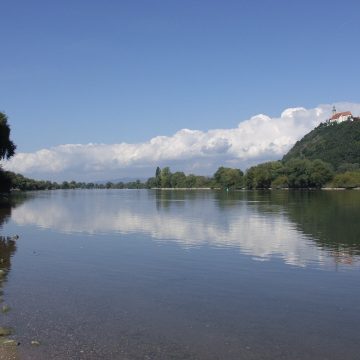