The Danube as a border

The Romans once did not mince their words (why should they?) and said straight out what was the matter: “No one comes in here whom we do not want to have”. They were talking about that great Roman empire into which they only allowed those people who were acceptable, or who were, became or were made “Roman citizens”. For who was a Roman and who was not – who was a “native” and who was not – who was allowed into the supposedly civilised world of the Imperium Romanum was not necessarily just a question of birth. It was – even then – also a question of power, money, military patents or marriage policy. You were a Roman citizen with or without the right to vote, free or unfree. Or you were a barbarian.

Does this sound familiar? In the 21st century? Do we also determine nowadays who, where and why someone is allowed to feel “native” in a country, behind certain borders? Does it depend on education, power, celebrity, origin, language? Then as now? 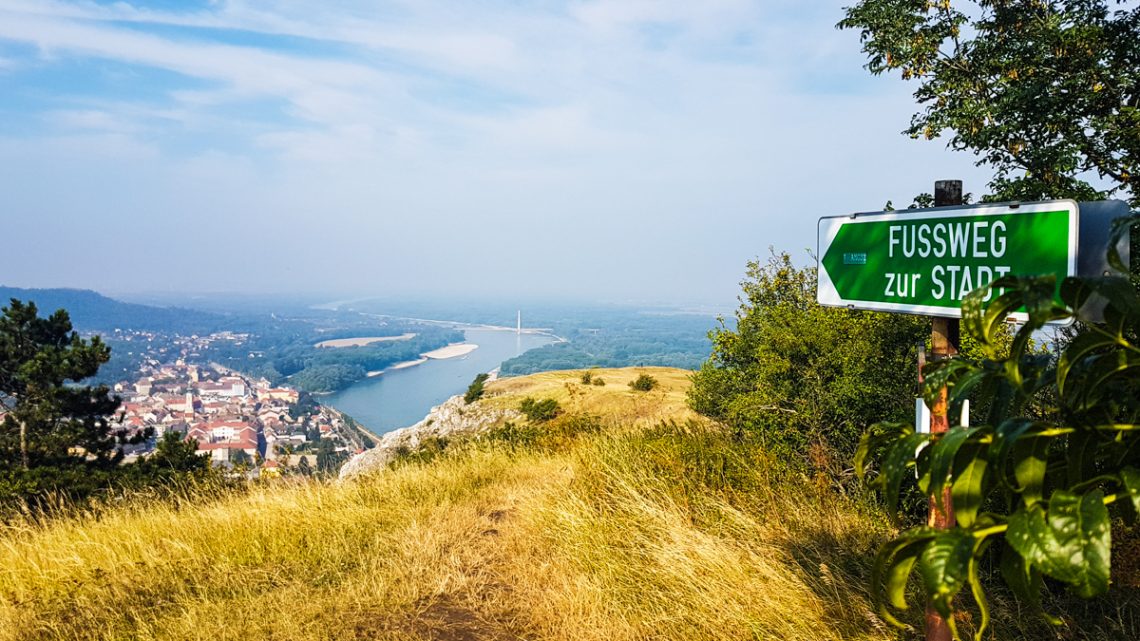 Donau Carnuntum Haimburg © Angelika-Mandler
Across borders - then and now

Where do borders begin and end? For 400 years, the Limes was the “outer border” (“Fines imperii” – the imperial border) of the Roman Empire. You can see that: Even the concepts of us humans have hardly changed after 2000 years. In Europe, the call for “isolation” is getting louder again; in the USA, a wall to Mexico is an unspeakable topic.

Border protection was already a big issue in the Roman Empire. 2,000 years ago, a partly fortified border fortification, partly running along the river, stretched across the whole of Europe: the Roman Limes was a perfect installation to demarcate, secure, separate, protect the great Roman Empire from the external barbarians. Over a length of 5500 kilometres, the Limes once separated the then “civilisation” of the vast Roman Empire from the barbarians.

The Danube Limes was part of this border and ran along the Danube in what is now Bavaria, across Austria (such as Oberranna, Schlögen and Enns), Slovakia and Hungary to Serbia and Romania. Continuous walls, on the other hand, were built in northern England (Hadrian’s Wall), for example, and there were also walls, forts and watchtowers between the Rhine and Danube (Upper Germanic-Raetian Limes) as almost continuous fortifications.

Towns that we today take for granted as being in the vicinity of Vienna – such as the monastery of Klosterneuburg or Petronell-Carnuntum – were located directly on the Limes and thus directly on the border to the barbarians north of the Danube. Fortifications at the Limes consisted of camps, forts and above all watchtowers.
The camps developed into small towns where people lived, loved and celebrated – just like anywhere else in the empire. The Via Istrum, the Danube Way, also developed along this border. Remains of the defence towers along the Limes can be found in imperial Upper Austria, in Tulln and Zeiselmauer, among other places. But in many places the Limes of yesteryear has become invisible today. At least to our eyes. In the case of the Raetian Limes in Germany, which has UNESCO World Heritage status, the ground profile was scanned with an infrared laser scanner to discover the course of the now “invisible” bulwark: In this way, it was even possible to detect individual postholes of watchtowers! The Limes Pannonicus, on the other hand, is part of the Danube Limes, which stretches from Klosterneuburg to Serbia. From Devin castle near Bratislava, the Romans once had a particularly good view down to the Wet Limes.

In what is now Austria, the Limes ran from Carnuntum to Schlögen to the Donauschlinge – forts were always found here at intervals of 14 kilometres. Up to Linz, this path corresponds to the federal road today. 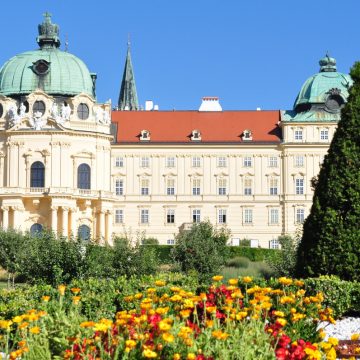 The Danube Limes as a Symbol of Peace? The aspired UNESCO World Heritage status

Today the former Limes in the Danube region is no longer completely visible as a fortification line, because the Danube itself was often enough of a border for the Romans. However, in order for such a cultural asset to be protected by UNESCO as such, preserved structures must be present throughout the area or be traceable and continuous. And these buildings, if they exist, must also be nationally protected cultural assets and be considered worthy of long-term preservation.

Nevertheless, the remains of the “wet limes” are well worth seeing. It is also important to consider the other side of this initially military border: The Limes was not always and everywhere only a place of military or hostile conflict between Romans and barbarians. More often, the Limes was a place of trade, of cultural exchange of ideas and achievements. Thus, a Danube Limes as a UNESCO World Heritage Site could also stand as a symbol for peace, for a united Europe in the broadest sense. 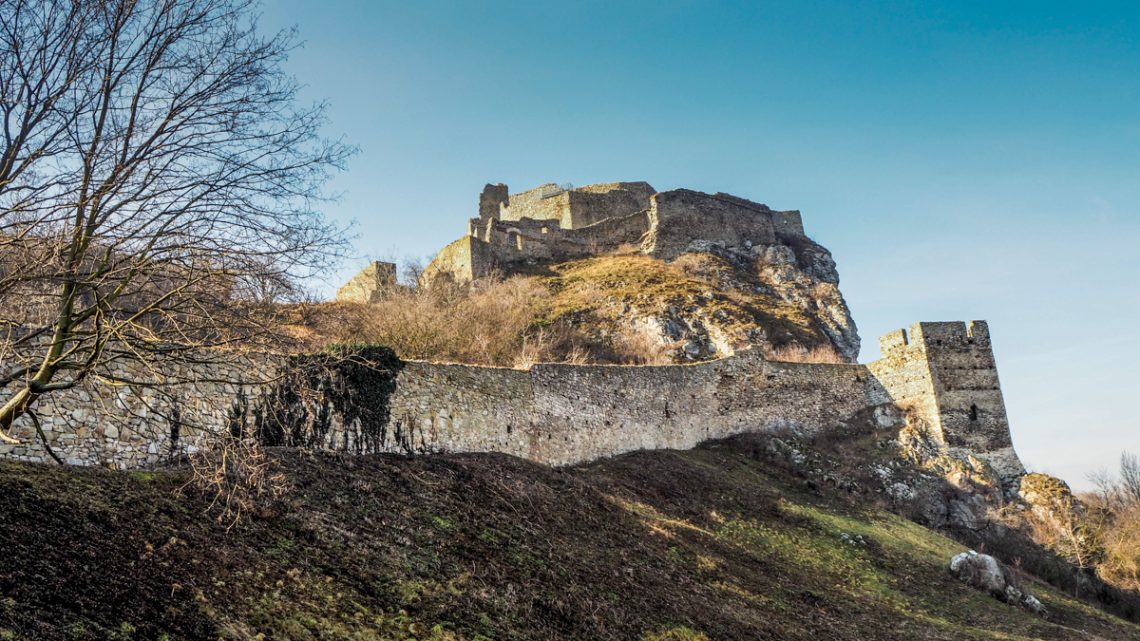 On the occasion of the opening of the exhibition  „Roman camp Arrianis – the Limes in Klosterneuburg“ in the magnificent Sala Terrena on 30 March 2018 in Klosterneuburg, historian Philipp Blom will talk about borders. About the borders of the Roman Empire that the decadent empire had reached and about borders of today. Which, after a time of opening borders, have apparently become important again.

“Today, too, many people have the feeling that our empire has reached its limits and … perhaps that is why the call for new borders is becoming louder again”, the historian said in his speech.And borders in particular are always places where civilisation ends and barbarism begins. Borders have also become important again because what we have seems to be threatened.

It was no different with the Romans. But nowadays, more and more problems arise that can no longer be controlled or solved even by borders: For example, climate change or financial crises. Moreover: “Walls don’t help against loss of control”, says Philipp Blom. “The Roman Empire showed weakness for the first time when it fortified its borders and built walls. It could no longer successfully project the value of its civilisation and was too vast to control its territory. The collapse, however, came from within, with the soldier-emperors who only wanted to enrich themselves in power. It is permissible to draw parallels here: Those who want to build walls and draw borders today should think carefully about what is actually being demarcated and defended there.”

The Limes in Klosterneuburg was the northern border of the empire and left behind many a ground find, including gravestones, which were presented in the 2018 annual exhibition at Klosterneuburg Abbey. Today, Klosterneuburg Abbey stands where the Roman camp once stood – a camp with a civilian town, military camp, lively trade and everything that a small town of that time had to offer: interested in News from the ancient Romans?

At the time when Klosterneuburg, as “Arriana Castra”, was the westernmost auxiliary camp of the Roman province of Pannonia, the Roman Empire had already reached its organisational, supply and communication limits, says Blom. Another parallel to the present day? At the end of the 2nd century, the climate became colder and the resources of the Roman Empire scarce. Waves of invasions threatened, forts along the Raetian Limes were overrun by barbarians and the wet Limes increasingly became a site of raids.

The rich camp of Carnuntum was not as endangered as the Raetian Limes – there, the Roman dolce vita lasted for quite a long time until the Romans finally ran out of money for defence.

Is an empire that begins to hide behind its borders (again) an “empire sickened by its own decadence” – as Blom points out and shakes things up? Does it boil down to the fact that empires that hide behind walls – then as now – will eventually lose their vitality?

Philipp Blom is a master at packing his extensive knowledge, research and expertise into this stirring “festive speech”, which also shows us here in Klosterneuburg, in the former Roman camp of Arrianis on the Danube Limes, that we always somehow reach our limits. Then as now. 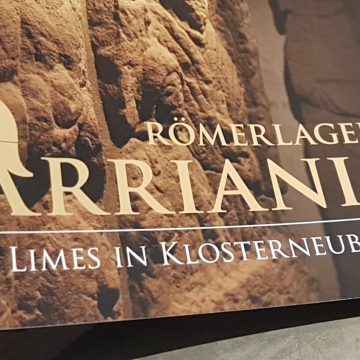 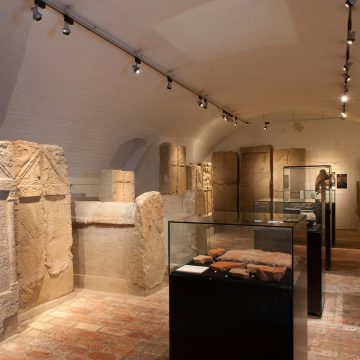