On the occasion of our castle tour, we would like to introduce you to the third largest castle complex in Europe, the Veste Oberhaus , which is celebrating its 800th anniversary this year. For 800 years now, the Veste Oberhaus has been enthroned high above the city of Passau and offers a magnificent view of the Danube. Where once the prince-bishops resided, today one of the largest preserved castle complexes in Europe invites you on a journey through time. 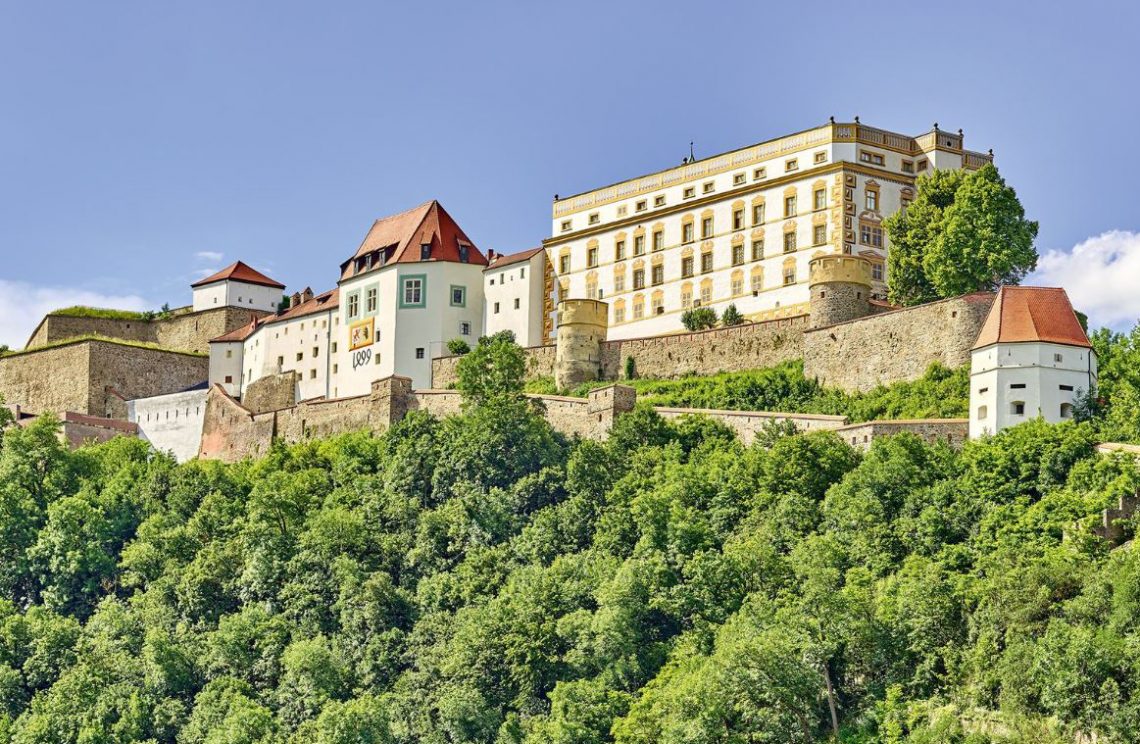 In the times of the prince-bishops, the city of Passau was an important centre of power and a splendid residence, administrative and economic centre. Bishop Ulrich II received the dignity of imperial prince from the later Emperor Frederick II in 1217. This meant that the bishops of Passau were not only the spiritual but also the temporal rulers of the city on the three rivers. This powerful position was to be expressed by a castle – “castrum in monte sancti Georii Patavie”. High above the Danube, Prince-Bishop Ulrich II had the foundation stone laid for the Veste Oberhaus. The mightily built castle was intended to express power and strength and provide protection from enemies. The citizens of Passau rebelled against the prince-bishops several times and even conquered the Veste Niederhaus in 1376. The Veste withstood the many threats and was expanded into a modern fortress from the end of the 17th century.

From 1803 onwards, major changes were in store for the Veste Oberhaus. Due to secularisation, the prince-bishop lost his power over Passau. The city was eventually taken over by Bavaria. Napoleon Bonaparte, Bavaria’s ally, temporarily used the Oberhaus as a border bastion in the war against Austria. Later, the fortress served as a state prison for political prisoners and as a military penal institution. Finally, the city of Passau took over the Veste Oberhaus in 1932 and set up a museum. 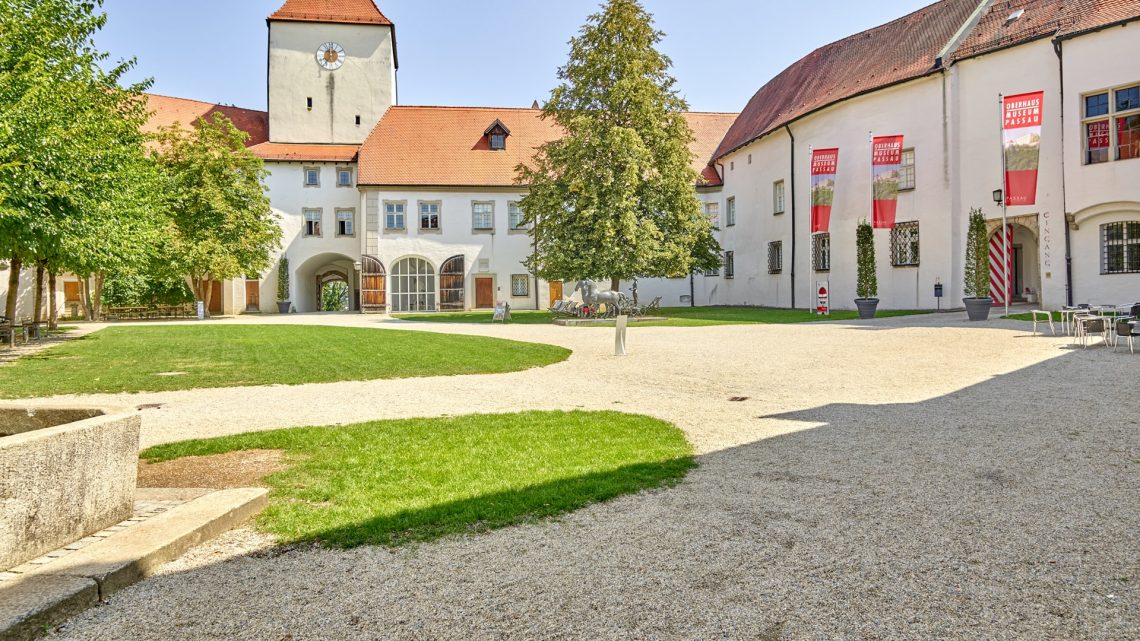 On the occasion of the castle’s anniversary in 2019, the special exhibition „Mächtig prächtig“ (Mighty and Magnificent) was opened in the Veste Oberhaus. On 450 m2 of floor space, exhibits from all over Bavaria, impressive stagings and exciting hands-on stations bring the eventful history of the use of the former residence of the prince bishops of Passau back to life. Visitors will experience the development of the medieval castle into a magnificent Renaissance residence around 1500, as well as the silver and armour chambers and the prison. The exhibition runs from June 8th 2019 to January 6th 2020. 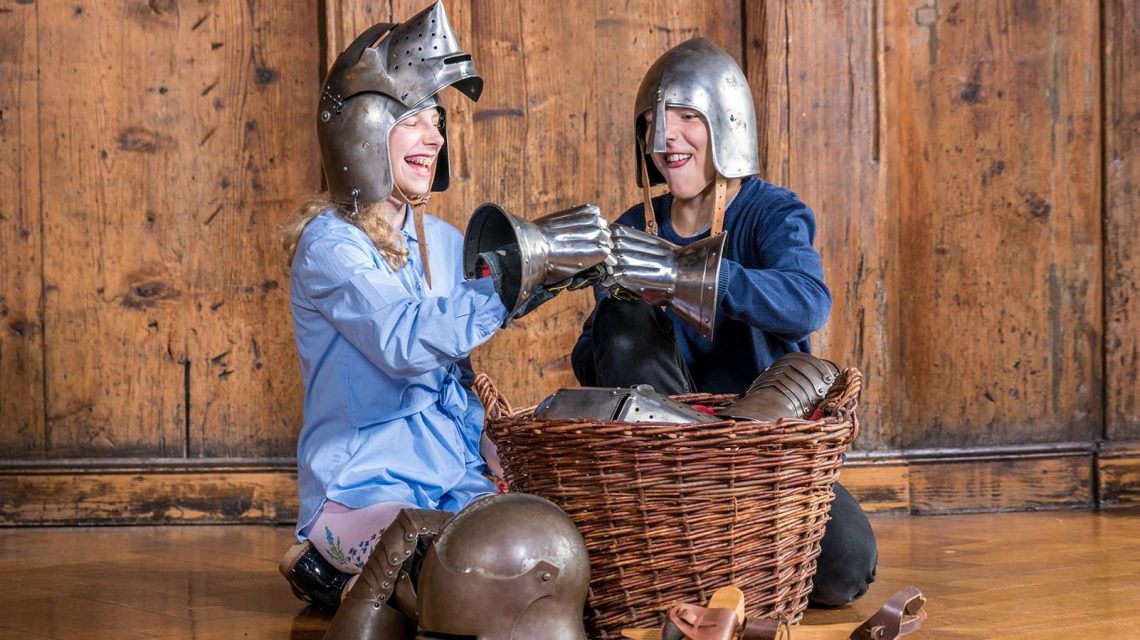 The newly designed observation tower, which offers a magnificent view over the Danube, tells the multifaceted story of the German-Austrian border region around the Inn, Danube and Salzach. In the region between Passau and Kufstein, different rulers fought for power and influence for centuries. The region is characterised by a multitude of castles and palaces, among which the Veste Oberhaus played a central role. In addition, Passau was an important hub within a network of significant trade routes that extended far beyond the area around the rivers. 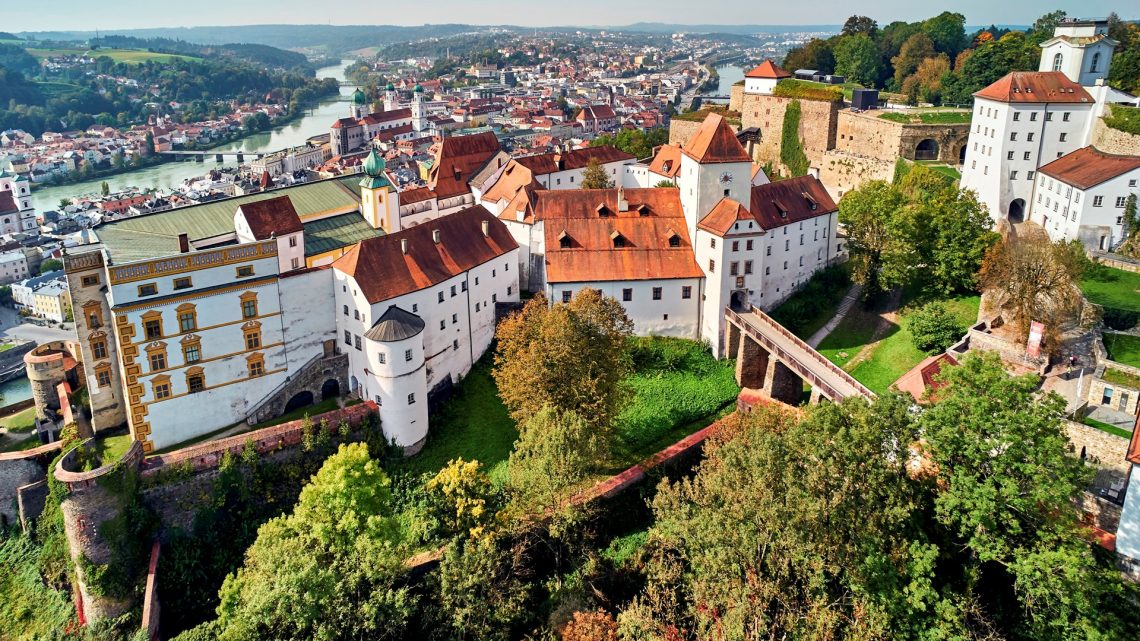 The new Veste Oberhaus app turns a tour of the castle into an experience. Numerous stations offer fascinating insights into life at the castle with interesting information, pictures and films and take the visitor on a journey through time. The former drawbridge comes to life, the past becomes visible again, a panoramic tour shows the most beautiful vantage points and the treasure hunt invites visitors to discover objects from ancient times at authentic sites.

App Fotomontage
Events at the castle

There is no end to the event program at the Veste: there is a programme until the end of the year. From 15 June, the castle will be the venue for the Lower Bavarian State Theatre. This is followed by open-air cinema and other festivals until December.