Necessary
These cookies are necessary to run the core functionalities of this website, e.g. security related functions.
Statistics
In order to continuously improve our website, we anonymously track data for statistical and analytical purposes. With these cookies we can , for example, track the number of visits or the impact of specific pages of our web presence and therefore optimize our content.
Marketing
Marketing cookies come from external advertising companies and are used to collect information about the websites visited by the user.
Römerausgrabungen Budapest © Gisela Gruber

Romans along the Danube

Following in the footsteps of the Romans along the Danube

The Holy Roman Empire was considered unique in the world because of its size. The Romans could hardly be stopped in their conquests: Neither climatic nor geographical adversity could hold them back. They crossed the Alps, penetrated to the border of what is now Scotland, controlled the Mediterranean and constructed magnificent buildings that we can still admire today. And yet they were satisfied with leaving the Danube as the northern border of their empire, shaping today’s cultural landscape.

Römerausgrabungen Budapest © Gisela Gruber
THE DANUBE AS THE ROMAN BORDER

Called the “wet Limes”, the Danube served as a border between the Holy Roman Empire and the territory of the Germanic tribes. The Romans built numerous forts and fortresses along the river, all connected by the path of the Danube. Even today, these testimonies of Roman occupation can be found in many towns and places along the Danube. Following in the footsteps of the ancient Roman road, nature and culture lovers traversing the Route of Emperors and Kings can discover interesting things from Roman times.

URBAN HISTORIES ALONG THE BAVARIAN AND AUSTRIAN DANUBE

Many Bavarian and Austrian cities were dominated by the Romans. Regensburg, Passau, Linz, Krems and Vienna were important border towns, even in Roman times. Here, the spirit of these cities’ former Roman lives is still alive and well. Many museums bear witness to this Roman presence. Sometimes this Roman influence can even be seen in the layout of the streets, as is the case in Vienna, for example, where some streets follow the erstwhile walls of the Roman legionary camps.

The Route of Emperors and Kings leads along these Roman sites, but only show off a small selection of the huge cultural heritage the Romans left behind on the Danube. Here it becomes clear that the Danube has always played a significant role as a border area, and today serves as a link to our past. A silent witness, the river tells of past lives and empires along one of the most important rivers in Europe.

Today, cities of the former Roman Empire can be discovered, and closer inspection unveils their complexity. A deliberate journey of discovery through well-known and hidden Danube cities revives these urban histories on whose pillars modern-day Regensburg, Passau, Linz and Vienna rest.

Embark on a journey along the Route of Emperors and Kings. Here you’ll find suggested routes for Roman-themed road trips or cycling tours. 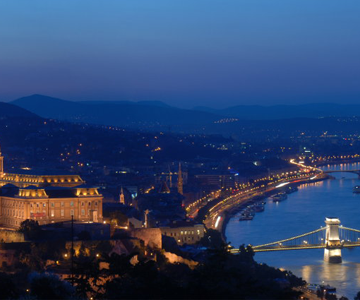