The monastery was founded in 1146. Following a fire in 1733, the church was rebuilt into the most noteworthy rococo church in Austria. The 850-year-old Cistercian monastery influenced the community in many ways. The interior of the building plays a significant role in the abbey’s prestige and is particularly effective thanks to its decoration, which exceptionally diverse, colourful, picturesque, figurative and ornamental, as well as its carefully considered use of natural light. 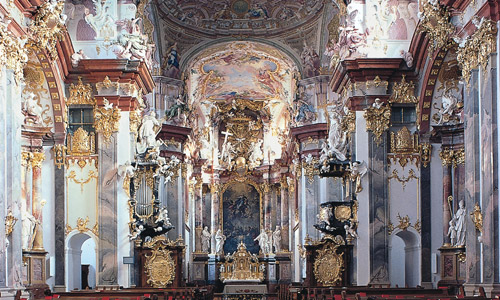