Necessary
These cookies are necessary to run the core functionalities of this website, e.g. security related functions.
Statistics
In order to continuously improve our website, we anonymously track data for statistical and analytical purposes. With these cookies we can , for example, track the number of visits or the impact of specific pages of our web presence and therefore optimize our content.
Marketing
Marketing cookies come from external advertising companies and are used to collect information about the websites visited by the user.
Stift Engelhartszell

Founded in 1293, the abbey is the only Trappist monastery in Austria and has a very eventful history. Bishop Bernhard (Wernhart) von Prambach founded the abbey in 1293, and it was inhabited by Cistercian orders in 1295. Considered the daughter monastery of Wilhering Abbey, Engelszell thus belonged to the filiation of Morimond, the primary abbey. Engelszell Abbey Church (built between 1754 and 1764) is an impressive church in the rococo style. It is crowned by a 76-m tower and features noteworthy works of art by Johann Georg Üblhör, Joseph Deutschmann and Bartolomeo Altomonte. Today, the only Trappist monastery in Austria is known for the liqueurs distilled here, Engelszell Trappist cheese and its new Trappist beer, which has been brewed in Engelszell Abbey since spring 2012 – something that’s unique within Austria. Its tipples include Gregorius, Benno and Nivard. 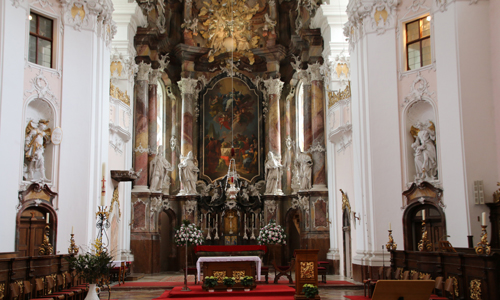