One of the largest baroque castles in Hungary, the castle in Gödöllő, which is constantly being renovated, is a monument as well as an outstanding historical value of our homeland. A medium in which cultural, tourist and protocol functions coexist peacefully – all spiced up with family-friendly services.

His owner, one of the most respected Hungarian aristocrats of the ministers of law, president of the Hungarian Court Chamber of Queen Maria Theresa, Antal Grassalkovich I. Schuf, created a new style of Hungarian castle architecture. In the time of the Austro-Hungarian monarchy, the castle served Queen Elisabeth (Sisi) as a popular resort. After World War II it was a Soviet barracks, then a social home, and this led to the slow decay of the building. At the beginning of the 1990s the renovation of the chateau’s building ensemble began and since 1996 visitors from all over the world have been welcomed. The periods of its history are represented by the permanent exhibition in the Museum of the Castle (Baroque period, stay of the royal family in Gödöllő, while the living area of the Gizella wing presents the events connected with the castle up to the present day). The baroque theatre and the pavilion on the King’s Hill have also been renovated.

Recently we have been enriched by a number of monuments (the castle garden has been renovated, the Erzsébet veranda has been rebuilt, the Horthy bunker can be visited, the riding hall and the baroque stable have been completed, a 3D showroom and our new permanent exhibition, the Royal and Aristocratic Equestrian Culture have been opened). Our wide range of museum-educational offers promotes experiential learning. The castle in Gödöllő is today one of the most attractive, exciting institutions and tourist destinations in Hungary, with its historical tradition and its representative rooms, which have been renovated in keeping with the times and meet the highest protocol requirements, as well as its colourful range of cultural programmes.

In our museum shop and in the shop of the Court Suppliers we await you with a sophisticated and rich offer, which is connected in numerous points of reference with the royal family and with Gödöllő! 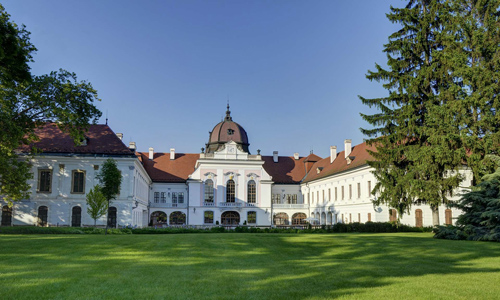 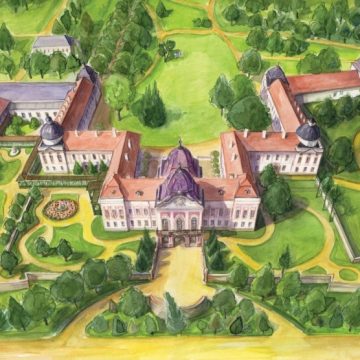