Founded in 766, Metten Benedictine Abbey played a crucial role in the clearance, settlement and conversion of the Bavarian Forest. Extensive building work in every epoch, most recently in the Baroque era in the first thirty years of the 18th century, point to its continued size and significance. Its uniform late-Baroque appearance on the exterior stands in contrast with the Gothic core of the building in particular. Cosmas Damian Asam was commissioned to build the high altar. The library with its rich stucco work depicting the seat of wisdom is also especially worth a visit. 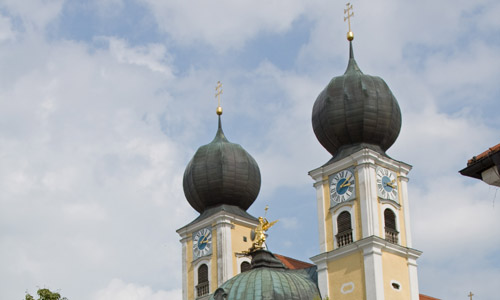