The Old Cathedral was built by the Jesuits during the period 1669–1683 according to plans by P.F. Carlone. It became the Bischofskirche (cathedral) when Joseph II made Linz a diocese. The Jesuits returned in 1909. The Old Cathedral stands at the southern end of the Main Square, adjacent to the former Jesuit College. Anton Bruckner worked here as the cathedral organist from 1856–1868. The organ was built according to plans by Bruckner and has been preserved to this day. 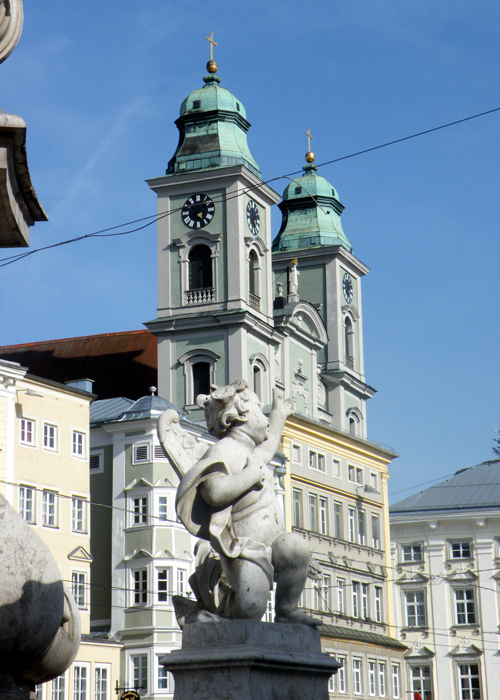