Commissioned by King Ludwig I in commemoration of the Wars of Liberation against Napoleon, the Befreiungshalle, or Hall of Liberation, towers high above the town of Kelheim. The imposing edifice was designed by Leo von Klenze in the ancient Roman style and was inaugurated in 1863 to mark the 50th anniversary of the Battle of Leipzig. Inside, 34 goddesses of victory fashioned from white marble by Ludwig Schwanthaler join hands in a triumphant roundelay. 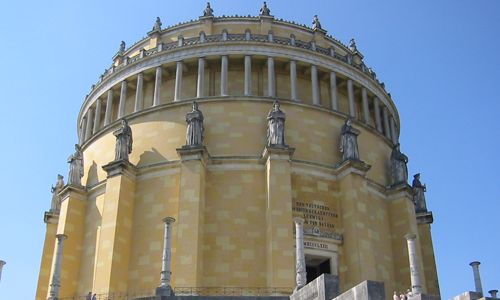