It’s true that the basilica, named after Stephen I, the founder of the Christian state of Hungary, is no insider’s tip. But it’s certainly a marvel. The church is said to be one of the ten most frequently photographed buildings in the world, which is no surprise, as it has been named a UNESCO World Heritage site. St. Stephen’s Basilica is the fourth-largest building in Budapest, which is an interesting fact. However, this fact only becomes spectacular when you realise that the basilica’s basement is nearly as large as the church itself, whose cupola rises to a height of 96 m and offers a first-class view over the city. 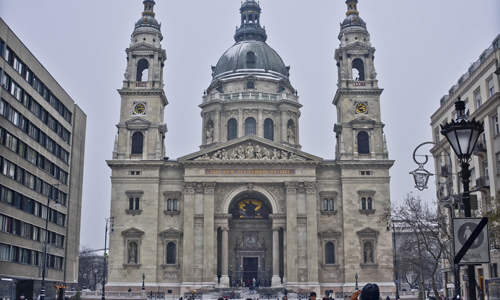