The history of the Old Town Hall can be traced back to the beginnings of the mediaeval city in the 13th century. The former seat of the city’s administration has been Bratislava’s Museum of City History since 1868. The Town Hall also recalls the French occupation of the city during the years 1805–1809. Today, the historic cultural monument of the Old Town Hall serves as the backdrop to the Old Town’s lively cultural scene. The city museum can be visited daily except for Monday between 10 a.m. and 5 p.m., Saturdays and Sundays between 11 a.m. and 6 p.m. 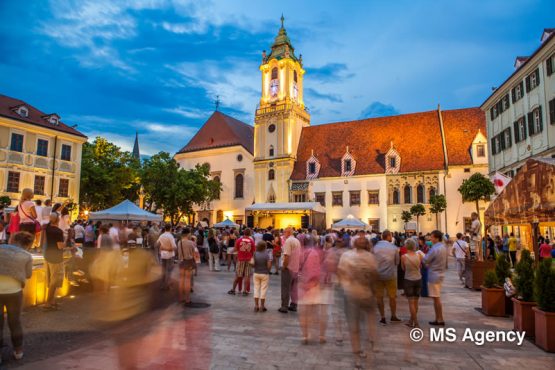