The river enters Slovakia where the March joins the Danube and, briefly forming the border between Austria and Slovakia, makes its way to the capital of the young republic. Here, at the foot of Bratislava Castle, the river reaches the Danube lowlands (Podunajská rovina) and then serves as the Slovakian-Hungarian river border for 172 kilometres as it travels eastward. The Danube shapes Slovakia’s landscape only in the southern part of the country – and while its main course may appear to cover a short distance here, countless branches of the river wend their way extensively through this fertile region. As a result, Europe’s largest river island was formed between the Little Danube and the Danube: known as Žitný ostrov (Rye Island), it covers a length of 84 kilometres and width of 15–30 kilometres. Covered in forests and grasslands, this unique area is populated by diverse flora and fauna and also enjoys a pleasant climate: due to its exposed position adjacent to the Little Hungarian Plain, this region is among the warmest and driest in Slovakia. The Danube served as an intersection for trading routes even in ancient times, and this is also evidenced by a number of Slovakian cities along the river: Galanta, Sereď, Komárno (on the Hungarian side: Komaróm) and Nové Zámky are interspersed by small nature reserves until the river makes a curve at Štúrovo (on the Hungarian side: Esztergóm) and enters Hungary in its entirety. 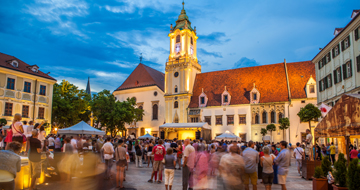 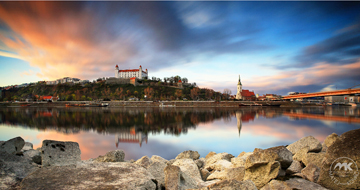 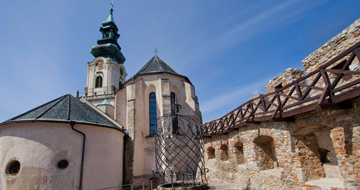 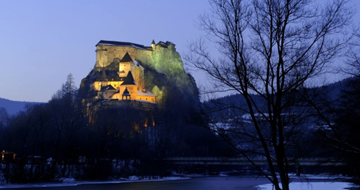 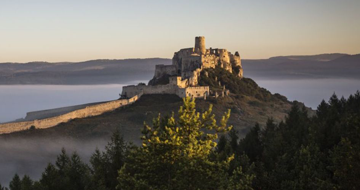 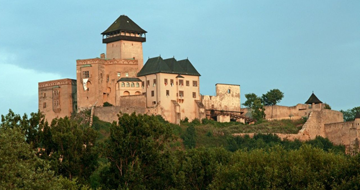 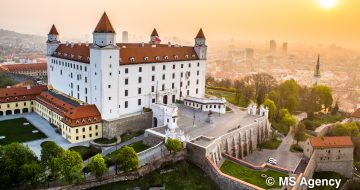 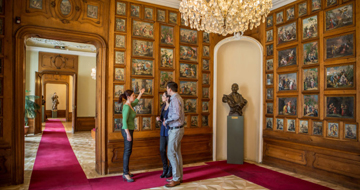 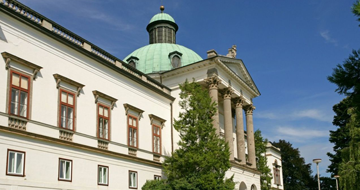 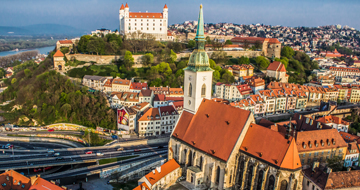 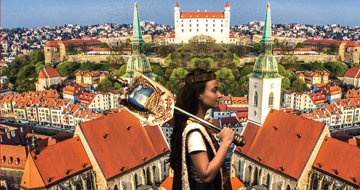 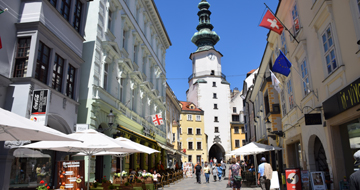 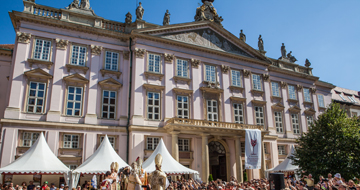