Scarcely any region is as diverse as the area around the Danube in Upper Austria. A multitude of highly varied landscapes extend from the historic bishop’s seat of Passau, via the modern cultural centre of Linz, to Grein, the pearl of the Strudengau region, and offer breath-taking insights into this region and views of its incredibly beautiful countryside. Baroque monasteries and castles shape the Danube alongside castles and ruins from the Middle Ages and picturesque villages steeped in history. With its historic city centre and charming setting on three rivers – the Danube, Inn and Ilz – Passau is the first highlight. Nestled between the ‘Donauleiten’, towering cliffs covered in forests, the river continues to make its way eastward. The first stopping point of note is Trappist Engelszell Abbey, known first and foremost for the liqueurs it produces. The Schlögener loops are a breathtaking natural spectacle. Here, the granite bedrock of the Bohemian Massif forces the Danube to make two spectacular changes in direction, and the river shows its most splendid side at this location. Moving through the fertile Eferdinger Basin, the Danube flows past the Cistercian monastery at Wilhering, whose abbey church is one of the most magnificent rococo buildings in Austria, and onward to Linz. This city, the European Capital of Culture 2009, is home to a vibrant cultural scene thanks to the interplay between modern art and technology museums, a lively music scene and the historic Old Town. 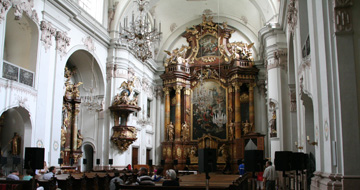 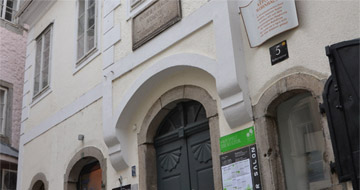 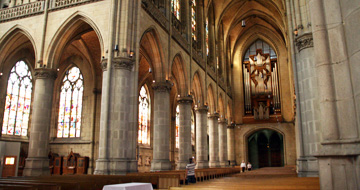 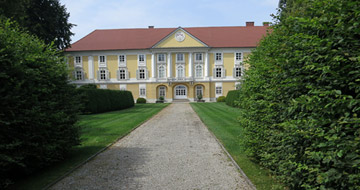 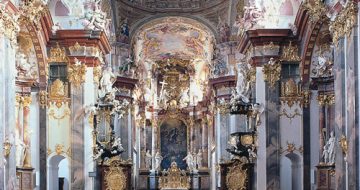